Extend your network by more than a mile with the NETGEAR Insight Instant Wireless AirBridge. 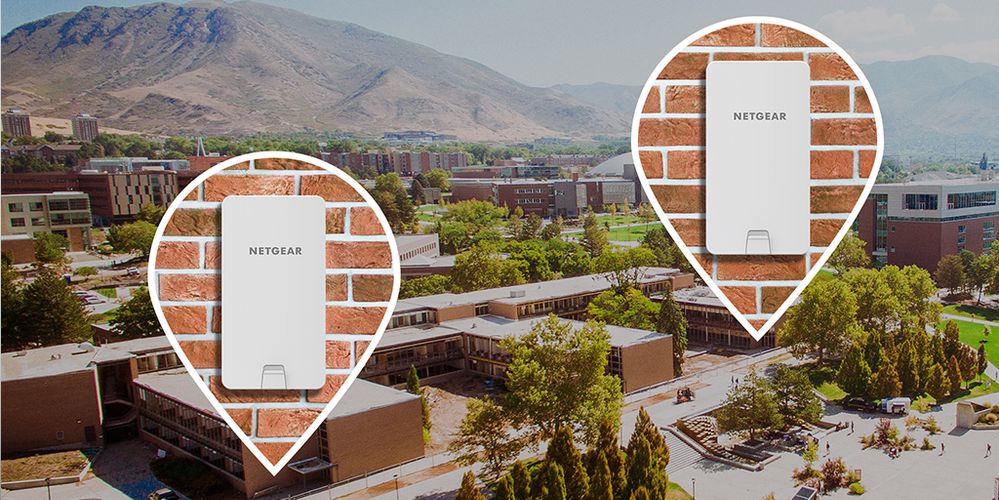 You’re probably aware that Ethernet standard cable length is 100 meters. There are some cases where you can eke out a bit more range, but due to technical and site configuration sometimes it’s just not possible. Standard WiFi range is hardly the answer since (depending on the radio configuration) the physical barriers and radio interference is about 25 meters beyond which the signal strength can become too weak to carry any meaningful data.

To solve these distance and bandwidth issues, We’re excited to announce the next-generation of NETGEAR wireless devices with 3 independent modes of operation:

With its flexibility to operate in various modes, we think the AirBridge is an amazing device to add to your IT Tool-chest. Let us know what you think of the Instant AirBridge in the comments below!

KUDOS or REPLY If you found this helpful.
Message 1 of 10
Labels:
1 Kudo
Reply

That's great that this is being released. I've had plenty of home users who've asked about netgear having something like this and I've had to recommend other companies for point to point solutions.

I'm excited to see how it performs in comparisons to other systems.

On my primary campus I have 3 buildings. 75% of the largest building is using Orbi Pro Mesh wifi. As I move away from my dozen or so traditional wifi devices and closer to 100% reliance on Mesh, I'd really like the ability to extend the mesh, the same 3 bands, to my two satellite buildings.

Can thes devices be used with Orbi Pro? If so, will they show up as a fully manageable devices in Orbi Pro's management UI?

If this is not the solution I need for our Orbi Pro environment does NetGear have one? What is it?

Can thes devices be used with Orbi Pro? If so, will they show up as a fully manageable devices in Orbi Pro's management UI?

The WBC502 is not compatible with the Orbi Pro System.

Kindly check the RBS50Y Add-on Outdoor Satellite which is compatible with the Orbi Pro System (it should use the Orbi Pro firmware).  To learn more about the RBS50Y, kindly access this link.

While not compatible with the Orbi Pro system specifically, the WBC502 does have a mode that can attach itself to existing WiFi networks. This would allow it to act as an outdoor AP in this situation, but it would not show up in the Orbi App in this mode and you would need to configure the device directly to attach to that network. As stated by @DaneA in your situation the outdoor Orbi would be a great choice to add to your setup.

KUDOS or REPLY If you found this helpful.
Message 6 of 10
0 Kudos
Reply

This is a pre-purchase question.  I'm looking at the WBC502 to connect four buldings.  Three would use the point to multi-point setup:

Each satellite would an independent network.  The office (master) AirBridge would connect to the ISP modem.

The problem is there is a third building that cannot be line of site to the office (master) AirBridge device.

But this third location has line of site to the office router, which is some 25 feet from the ISP modem and connected by ethernet cable.

Can I set up a single WBC502 in bldg3, to connect to the office router, and have the single device connected to the AirBridge be a third router that creates a third independent network?

Thanks for contacting Netgear community.

The WBC502 AirBridge is intended for environments where you need to extend your network to another building or across a large outdoor campus or yard while no wired network infrastructure is available.

While you did not specify the building 4 requirements, It would be good if you can attach the network diagram for your deployment mentioning the distance and how buildings are spread to assit your further.

For the line of sight problem for third building, You can configure WBC502 in client bridge mode to connect to your office router. I assume, building 3 will also be independent network like building 1 and 2.

One important note is that, WBC502 is having high-gain directional antenna. All your setelites are expected in one direction facing the AirBridge Master.

Please check below link for more details about WBC502 product and different operating modes. Document also covers some deployment cases if that helps to plan your deployment.

Thanks for the quick response.  I've attached a PNG image of the campus map.  Note it is not exactly to scale.

The shortest distance is from the office master WBC502 to the WBC502 satellite 1, approximately 30 feet.

Satellite 2 will have line of site to the office master, a distance of approximately 250 feet.

Satellite 3 has a direct line of sight to the office router (a Nighthawk, but I don't have the model number with me

All three satellites would have another router/AP connected, and configured as 3 independent networks.

I understand the high gain, highly directional aspect.  And I have a copy of the HW Installation Guide, which is the basis for the setup I've described.

My question is due to the fact that the only example application in the guide that has a satellite connecting to a router rather than a master WBC502, is described as "Provide a WiFi connection to an outdoor device that is not WiFi-capable."

I want to be sure that connection of another router/AP at the satellite end will function as expected.

Hello Everybody from this link you will get all the information