The firmware for my router is an absolute joke, I can't acces QOS in any way, no speedtest nothing, the modem disconnects every now and then and won't reconnect without the router being rebooted (turned off/on).

Is there a section on here that actually covers this router..? are there any other users on here who have tips to get this router working as it should..? I am in the UK and have VDSL 40/10 with Plusnet, connection is as good as it gets so no issues there.

what is your firmware version? No, "the latest" is not a version

Hi there, at present I'm using D7800_V1.0.1.42 as I had updated to D7800_V1.0.1.44 and that was the version that was causing issue, this version doesn't seem much better, still can't acces any of the QOS options, can't configure internet connection manually only with the Genie eventually.

Thanks for the quick response.

Did you reset the router to factory settings after the firmware flash?

New firmware sometimes introduces changes that are not compatible with the old configuration.

So while it isn't guaranteed to fix problems a factory reset is the first thing to try if you have issues with new firmware.

This is a nuisance because you then have to reconfigure the device all over again.

You can backup your settings before you reset and restore them later. But that may just bring back the fault. Then again, at least you will know if the reset fixed the problem.

Anything else on your network?

Hi there, yes I reset the router to factory settings ater the firmware flash, I am now on an older firmware D7800-V1.0.1.34, with this firmware I can access the QOS function at least, it returns an error when I attempt to run the Ookla speed test mind you , I'll attach pic.

My set up is really quite basic, I have 5 wired devices connected to the router, 3 directly and two via Devolo Plug's, I don't use much in the way of Wifi, just a Printer and a couple of phones.

The problem with this firmware I expect (not had a drop out yet) Is that it will behave exactly the same as 1.0.1.42 & 44 In that it will not reconnect after a Internet drop, the two newer firmwares would not even allow to connect via the genie sofware, the router has to be physically tuned off and back on, this is obviously either a software or maybe even a hardware issue with the modem in the router and compatibility to newer VDSL set up in the UK.

I have seen this problem mentioned just not on here but accross a few forums now, what doesn't seem to be forthcoming is a work around or even better a solution from Netgear, which is very dissapointing considering this router is still for sale in the UK for £200 and upward yet there seems to be little to no support.

On changing firmware it is very difficult even to get connected to the Internet, it involves going through a merry dance with the Genie software which will not allow for manual configeration only the automated manner and then after eventually accepting your login details it still won't connect until you power down and back up, this has been consistent accross the three firmware I have tried up to now.

I see you have the DM200, I am seriously considering that option and just disabling the modem on my router, as long as they're not the same chipset of course. 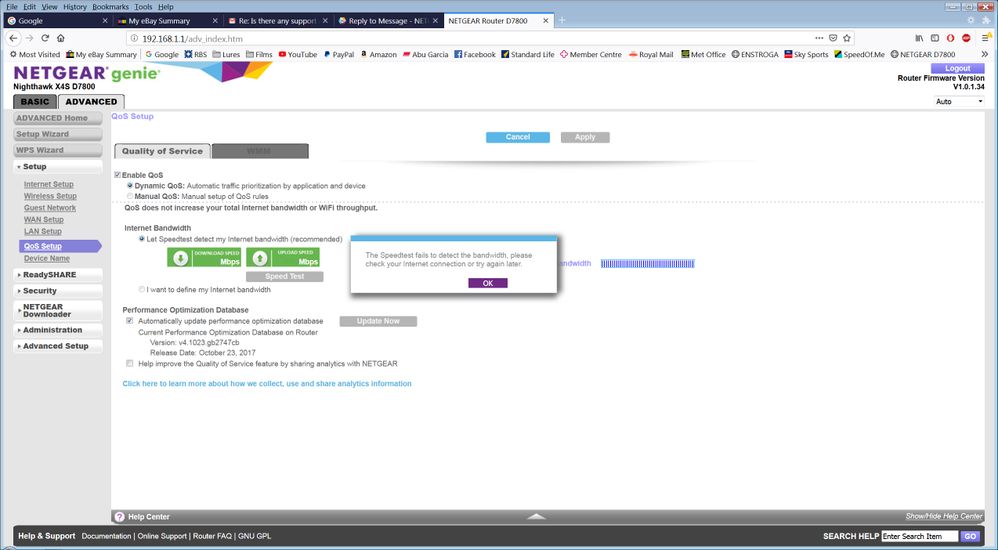