Can anyone help me out here? Is this legit Google activity or something nefarious?
Message 1 of 28
14 people had this problem.
Me too
4 Kudos
Reply 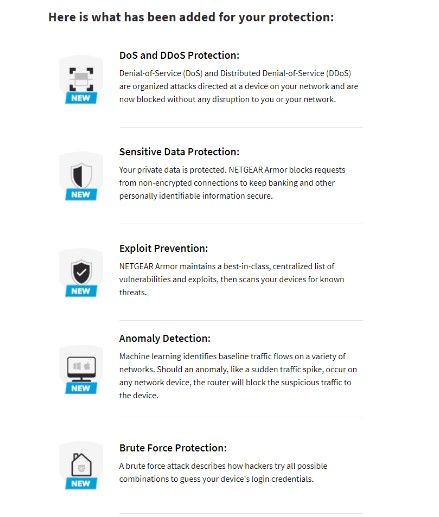 I'm getting the exact same thing, since yesterday on my Google Nest Home Hubs and my Orbi RBR850
Message 4 of 28
2 Kudos
Reply

Scared the crap out of me too, I hope it's resolved soon.
Message 6 of 28
1 Kudo
Reply

Got the same email. It has to be related to the issues we are all experiencing now. These alerts are non stop.
Message 7 of 28
1 Kudo
Reply

Lack of planning on your part does NOT constitute an emergency on mine.
Model: RAX120|Nighthawk AX12 12-Stream WiFi Router
Message 17 of 28
0 Kudos
Reply

Hello,
I ran in to this same issue as well. I'm not sure if this is the actual problem, but I had one of my google hub displays set to show a picture slide show. I changed that setting to only show the clock. I haven't gotten any other blocked attacks from that display, it's been about 4 hours. We will see if that's actually resolves the issue (a software fix is still needed)
Model: RBR50|Orbi AC3000 Tri-band WiFi Router
Message 19 of 28
0 Kudos
Reply

Ha img this said, I believe bitdefender is experiencing issues with this charge of OS
Message 22 of 28
1 Kudo
Reply

I placed my phone, connected to the Google hub, next to the hub during a scan and probes actually got to and were detected by netgear on the phone... now I'm thinking it is a legit vulnerability and am wondering if this is really netgears fault... I'll see if I can run wireshark to grab any info on the scans
Message 23 of 28
0 Kudos
Reply

I'm still having the same issue. Hopefully somebody can figure it out. I'm not going to unblock it until I realize it's okay.
Message 24 of 28
0 Kudos
Reply

I also wanted to add that my issue actually seemed to start after I paid for the armor service not before.
Message 25 of 28
0 Kudos
Reply
Top Contributors
See All
Announcements