Re: IPTV not working on MR60

IPTV not working on MR60

I recently purchased a Netgear Nighthawk Mesh Wi-Fi 6 system (MK62) on Amazon, after installing it and setting all my network I just realize the IPTV is not working, the rest of the network worked like a charm, wired and wireless devices like computers, cellphones, etc.

Just to put in context;I had fiber ISP which they provide me a router, but since ISP routers are not the best ones I have connected into a personal router to manage all my network: wired and wireless, previously I had a TP-Link Archer AX50 with Wi-Fi 6 doing that job and the IPTV used to worked fine. But once I connected the MK62 the IP TV is not working.

Here's a little diagram of how my network is set up: 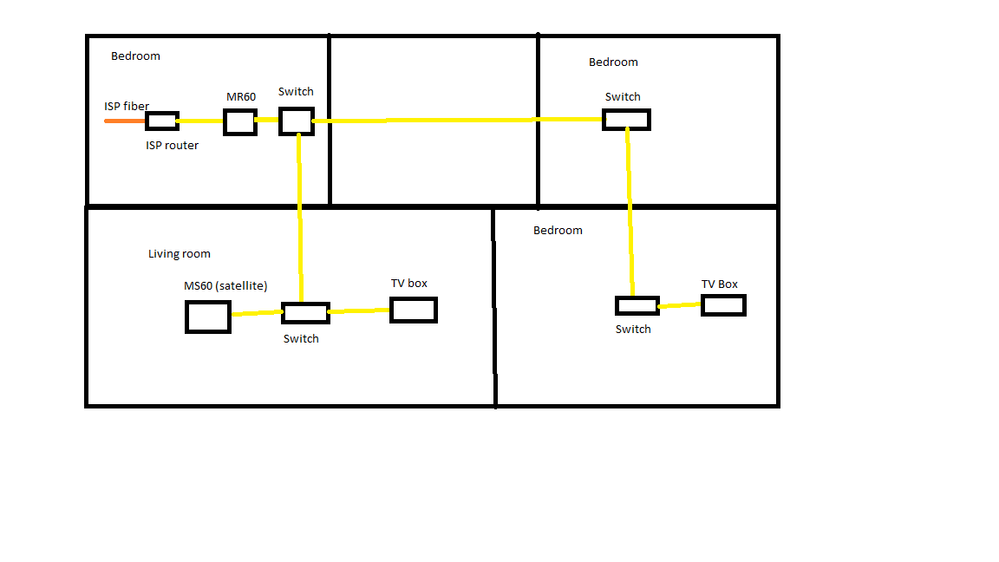 Any idea, sugestion on what could be blocking IPTV?

Re: IPTV not working on MR60

If you're still using the ISP's router (from your diagram), put the MR60 in access point mode.