Thank you
Message 1 of 7
Me too
0 Kudos
Reply

There's not many on here with those systems that participate.

Was there a general question/problem we can try and help with?

Thanks.  but it has to be model specific.  trying to deal with support or the absence of.  like for example.  one of the questions is if someone with the same router and firmware.  has been able to change the DNS numbers?.   it works on 1.1.5.4 but not in 1.1.6.4.  I've gone through the whole process.  flash back, foward, reset to factory every time, etc, etc.  and there is one other issue.  but like I said.  it needs to be specific to this model and firmware.

and I know there aren't many here.  but some one said.  hope should never be lost.. .. LOL

Maybe @Christian_R could test the dns issue on that firmware. (or knows someone who can)

That would be awesome.  and greatly appretiated.  Just in case.  this is what I've done.

Reboted and reseted every time after each flash.

As soon as 1st install.  updated to 1.1.5.4 first wireless and 2nd time wired. the speed didnt seem ok.  every two to 4 days.  the spped was droping below 7Mbps and only rebooting would fix it.   So updated to 1.1.6.4 .  But this one.  takes away the ability to see the connected devices on the network map of the app.  I can see the router and the satelites but when clicking on them. it does the loading thing but nothing is found.  the devices all show up on the device list.  but the list doesn't say to what satelite or router they are connected to. and every once in a while.  I'll get a message on the app. that a device was found. and when I look.  is listed in the network map.  for example my apple watch or the ring door bell.  and later it disapears again from the map. but they are still connected and on the device list.  in 1.1.5.4 you can see all the devices in the network map. under each satelite and the router.  and on the device list. each device shows what is connected to.

Now on 1.1.6.4 . not only is the problem with the devices not showing under the network map. but the DNS numbers can't be change.  If I select the use this DNS numbers option.  the current assign numbers become visible in a light grey color and they can't be edited.

One of the times that I was checking on the speed issue with 1.1.5.4 .  I spoke to my ISP Spectrum cable.. and they said that it showed I was running the speed test using the 2G connection and not the 5G.  but when looking in the map and the web page. everything looked like it was connected to the correct connection.  2G devices listed under 2G and 5G devices connected to the 5G.

Most reflashes I've done at least twice.  one using a Windows 10 machine and one using a Macbook Pro.  the app has been reinstalled on two iphones.  one XS and one 8. and also in an android device. 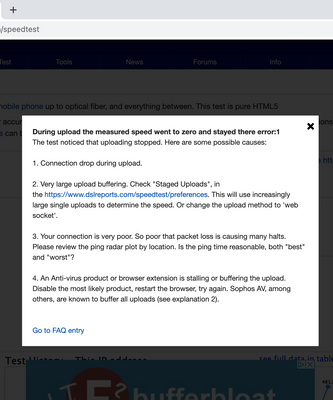