@Funstuff yeah it's a pure modem so that's a bust. Disable QoS completely from the Congestion Control menu, it may be dropping the packets.
@mathmath51 make sure to send them to Tim and he can take a look
Message 251 of 607
0 Kudos

The QOS congestion was set to never. I haven't gotten around to setting up/testing that as Ido not want to get multiple testing areas going on at once. I use to be a system tester for Bell Labs and changing multiple variables is not good practice 🙂

@Netduma-Fraser  Disabled QOS and tried with Goodput on and off. Rebooted the router after each change.  Is there an e-mail service that this is known to work with so I could possibly make an account with them just to get it to work?

As it's a Netgear feature and one I haven't seen many people use I'm not entirely sure why it wouldn't be working, I don't think you'll need to use a specific email service. Comparing the one that does work with the one that doesn't do they have the same password or is one more complex than the other e.g. using symbols?
Message 255 of 607
0 Kudos

They are both using complex passwords, letters, upper and lower case, numbers and symbols.

I'll make a dummy account with an easy password and mess with it and look into different e-mail services.

Maybe it's a bad idea /shrug

Okay keep us posted. That's awesome you want to learn more, I would be wary about using the logs though as they show background processes that can appear like issues when they're not. Nothing wrong with googling/stackoverflow-ing the entries and learning about what they mean
Message 257 of 607
0 Kudos

Apologies to the Duma people about the Netgear logs and e-mail issue. I am still looking into it but it did not take long to find out it is definitelyy a Netgear feature as you said and I did not know that.

It seems it has had issues working right for years on a variety of the Netgear routers, so it could still be broken.

Thanks for the help and tips though 🙂

Is the VLAN issue fixed in this update?

Good, do you know when it will come out as a silent update or by request from the router?

Hello how do I get the 3.0 beta download to my router?

Will the geo-fencing actually work for Call Of Duty?

@GoalTV no not in this update that I am aware of.
@iielmesswavy nothing new at the moment but we're working on it.
@Yeoyeo as in when it releases as a stable update? Once we're happy the beta version is stable enough then we'll release it to everyone.
@Leo_estevez23 the Geo-Filter works with CoD on whatever the current version you're using is. Download the file from the first post of this topic then go to Settings > Administration > Firmware Update and upload it there to upgrade.
Message 263 of 607
0 Kudos

thank you for replying, where is the link to the 3.0 beta for the xr500? when i try to download it, it says access denied

Okay I got the 3.0 beta running! I do the geo fencing around the texas cod server and i can get into a game after like 5 minutes! I brought a friend in and unblocked him as a player but we cant get into a game any idea?

@leo_estevez3 are you the party leader? Where abouts are you located in relation to that server? It may take longer with other people as you'll need to find a game with enough slots and you're already restricting the servers
Message 267 of 607
0 Kudos

Yes I was the party leader and the pin from where im located to that sever is form 50-70ping. All these US servers are full of players I just want to ping to server and none of the others! I was using a vpn to mexico and I would auto connect to the texas servers. Now with the vpn off and using dumaos on that server I can't connect to a game.

As you're restricting the available servers already and then adding another person in it will take longer to find a game so that's normal, I'd recommend you expand the radius to get a few more servers in so it's faster but the ping doesn't increase as much.
Message 269 of 607
0 Kudos

I was looking at videos and everyone’s who seemed to work where on update v2.3.2.108 and I’m on 120 is there a link so I can update to that version of the beta I think this one is kinda buggy works sometimes and doesn’t work other times! I was copying the same thing my friend does and we just realized we are on two different versions
Model: XR500|Nighthawk Pro Gaming Router
Message 270 of 607
0 Kudos

Sure thing, you can find the download link to .120 in the very first post in this thread!

I'd suggest factory resetting after installing the new version, this clears out any low-level code leftover from the previous version.

I worded that incorrectly I want .108. I’m currently on .120 and it seems like it’s not working! I’m going to factory reset first because I didn’t do that when I first downloaded the beta. If it works I’ll let you know but if I doesn’t I’m going to download v2.3.2.108, factory reset, and I’ll still let you know.
Model: XR500|Nighthawk Pro Gaming Router
Message 272 of 607
0 Kudos

Installed the firmware. Did a factory reset through the GUI and I'm still experiencing internet drops with DHCP renewals. I attached my router log.

@leo_estevez3 We recommend you factory reset after a firmware upgrade, especially during beta when a lot can be changed - it helps to prevent old low level code from the previous version causing issues.

@TMug18 Please do this when you have the issue:
Make sure you've reproduced the issue. Open the web browser via a PC, go to http://routerlogin.com/debug.htm Click “Enable LAN/WAN Packet Capture” Click “Start capture”, and wait for 30 seconds. Click “Save Debug log”. Send the log @TimChang

So far on .120 I've probably had the most stable time. My uptime is almost 3 weeks so far without any issues with basic connectivity:

Normally I've needed a reboot by now but so far so good.

I've got 2 devices in Spectate Mode, which I believe is just filtering off. 2 devices are categorized as a Playstation or PC. But when I play Division 2 it's not listing the Servers or the IP's. Is it supposed to? I believe I used to use this before 3.0. Call of Duty will be added later, which one do I use? Call of Duty or Call of Duty (PC)?

When I look further into it, it doesn't even look like the traffic is being categorized as gaming in the Network Monitor.

Am I missing something? Some images below of the setup, hopefully no identifiable info in these screenshots. I have completed a "Resync Cloud" 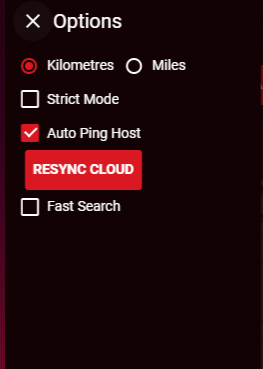 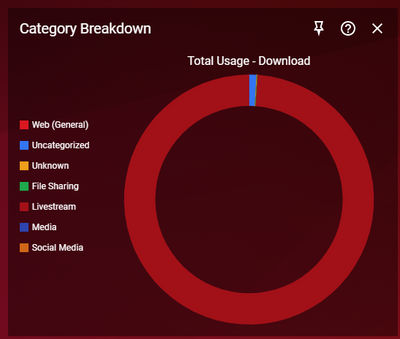