I have been having trouble with this router resetting continuously and it is new. I called support and they claim that my log showing A few dos attacks was the reason for it resetting. I believe that they have A lemon here in A product and need to figure out how to fix the problem instead of pushing the blame to the customer. My service provider reset the connection on there end and it did not fix the issue so this is A hardware problem
Model: RAX120|Nighthawk AX12 12-Stream WiFi Router
Message 1 of 5
Me too
0 Kudos
Reply

By reset, can you provide more detail?

Is it simply powercycling itself or is it factory resetting itself to the default configuration?

While I have not tried the RAX120 before, the other RAX routers that I have tried, when doing various DOS attacks, from a system connected to the WAN port,I was unable to get it cause any stability issues. Furthermore, nothing was able to even cause even 1% additional CPU usage (and that is on their older and far slower models), while there are nearly limitness possible attacks, if remote access is disabled, it doesn't look like much or anything could impact how the router behaves on the LAN side. If it keeps restarting, (power cycling), then I would suspect either the power adapter or a hardware issue. Especially considering that a power supply can supply the correct voltage but too much line ripple that exceeds what the input filtering can handle, will cause stability issues, same if any subsequent rails that the motherboard generates.

On the LAN side, it is possible for some devices to cause random reboots if they are compromised and are effectively running through an exploit tookit in an attempt to compromise therouter, though that is rare, and you would notice issues with other routers as well.

PS, when you are under an actual DOS attack, the logs will be flooded with entries.

When the router loses connection it does A complete reset losing everything till it restarts. The log only shows one attack when the router goes out also that is A problem. I had to take it completely offline and put my older router back in just to be able to watch A movie and have not had any problems with it. I did not buy A router to be A beta tester, I want A working product
Message 3 of 5
0 Kudos
Reply 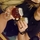 1. What firmware is on the router?

2. What modem/gateway is it connected to?

3. You don't have to capitalize "A". I'm not sure why you are but it kind of throws the reading off

4. You said when its happening, the router reboots? It doesn't just loose connection?

5. have you noticed if it happens mainly when you're on wifi? or does it happen when using wired devices as well?

In cases like that, it would be best to do an RMA and get a replacement.

Beta testing is not really for hardware issues, as those are handled during the R&D and QA phase.