The History and Future of WiFi - Infographic 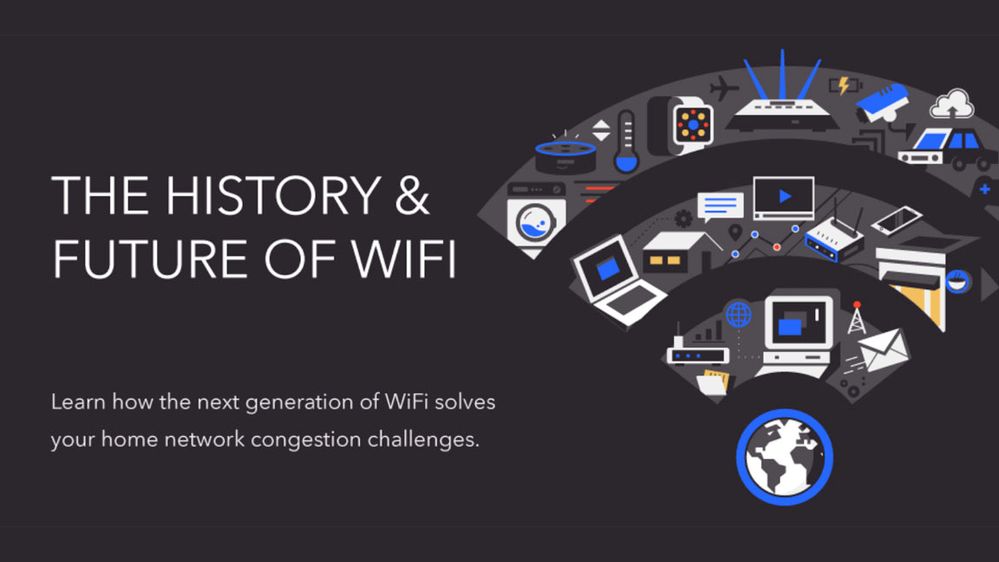 While the Internet as we know it didn’t come into being until the 1990s, did you know the story of WiFi started decades earlier? The origins of the internet can be traced back to 1929 with Nikola Tesla’s World Wireless System. Additionally, over the years, concepts like ARPANET, TCP/IP and the World Wide Web helped laid the foundation of the Internet as we know it today.

Along the way, the history of WiFi began to take shape with the creation of Frequency-Hopping Spread-Spectrum (FHSS) Technology in 1941, a technology that is used today in WiFi, Bluetooth, Zigbee and more. While early wireless networks were developed between 1971 and 1988, the 1990’s saw rapid development begin, with the 1st large scale wireless network being installed at Carnegie Mellon by AT&T (1993) and the first IEEE 802.11 Standard being released (1997).

As new WiFi standards were introduced over the years, users saw improvements in the form of faster speeds, newer frequency bands and new technology like Multi-User MIMO & Mesh Networks. Speeds alone have grown 650x, since the early days of WiFi. With improvements being made with each standard, WiFi 6, or 802.11ax, proves to be the biggest and most important yet. By putting an emphasis on performance and capacity, WiFi 6 creates organized and efficient networks that support higher traffic, ideal for smart homes with multiple IoT devices, Ultra HD 4K/8K streaming, online gaming and more.

With the number of IoT devices worldwide expected to be around 20 billion by 2020, is your WiFI ready for the future of Internet?

Click here to view our History and Future of WiFi Infographic: https://www.netgear.com/landings/history-of-wifi/