This is a problem that has been seen on the forum. Where I am not a super tech guru. I have having network drops every 2-3 mins. Like most people on here I have done a hard reset, made sure firmware was updated, restarted and disconnected/reconnected everything. Please any suggestions will do or a link to the way to fix the problem would also be a major plus.
Message 1 of 18
Labels:
Me too
0 Kudos
Reply

I’m having the same issue with the network dropping every few minutes. Have tried everything same as the poster above.

Is this the WiFi network thats dropping?

My router was stable for a few weeks until 2 days ago.  Now it is back to dropping the signal every few minutes.  Has anyone found a solution to this issue?  I will never buy another Netgear router and if I had $400 to burn I would take a hammer to this thing.


My router was stable for a few weeks until 2 days ago.  Now it is back to dropping the signal every few minutes.  Has anyone found a solution to this issue?  I will never buy another Netgear router and if I had $400 to burn I would take a hammer to this thing.

I know what you mean about NetGear, I wouldn't ever buy another one again, none of their products - and I've also stated in another thread what they have lost out sales wise because of this - they are foolish and incompetent.

DONE!  I can no longer tolerate this piece of crap router no matter the cost.  My signal dropped 9 times during a 40 minute workout.  I will never buy another Netgear product.  That being said any adcvice on a good reliable router with with extended range?  I have security cameras at the far end of my garage and signal strenght is important.  Any new router advice appreciated and I can't wait to say goodbye to this Netgear router!  Merry Christmas to me!

You might want @ChristineT and @Christian_R to add you for the current R9000 firmware Beta run, there have been some faux watchdog resets of the wireless interfaces, what can happen every few minutes.

I managed to find a few Cisco Air-AP3802I devices with Mobility express cheap on eBay - have them all configured - don't need to worry about signal strength as they all work together into the switch and devices roam seamlessly between them all.

And they are about the size of a smoke alarm so can be hidden on the ceiling.

What a comparison - an AP listed for almost 2000 USD each when launched, still aroud 800 USD each. Brilliant stuff, MultiGig network interfaces, undoubted. Much less does buy me two 5-pack of Netgear WAC505 plus some PoE switch. Easy Insight managed, no connection issues, seamless roaming, ...

Nicely said, not much to add.

@Mikeme wrote:
Have you seen the web UI? It’s hilarious, I think a junior front end dev led the team on it.

No, a day one junior would do it much better.

A bargain when you think that the X10 isn't that far out of that price range at RRP...Worth it to avoid all the headaches that we've all experienced.


A bargain when you think that the X10 isn't that far out of that price range at RRP...Worth it to avoid all the headaches that we've all experienced.

Well, much more of the price tag should have been reinvested in maintaining and fixing the R9000 firmware - as well as other similar leading edge models. The UI is a good example - currently a design from about 20 years ago, with add-on glued in carelessly and cheap. 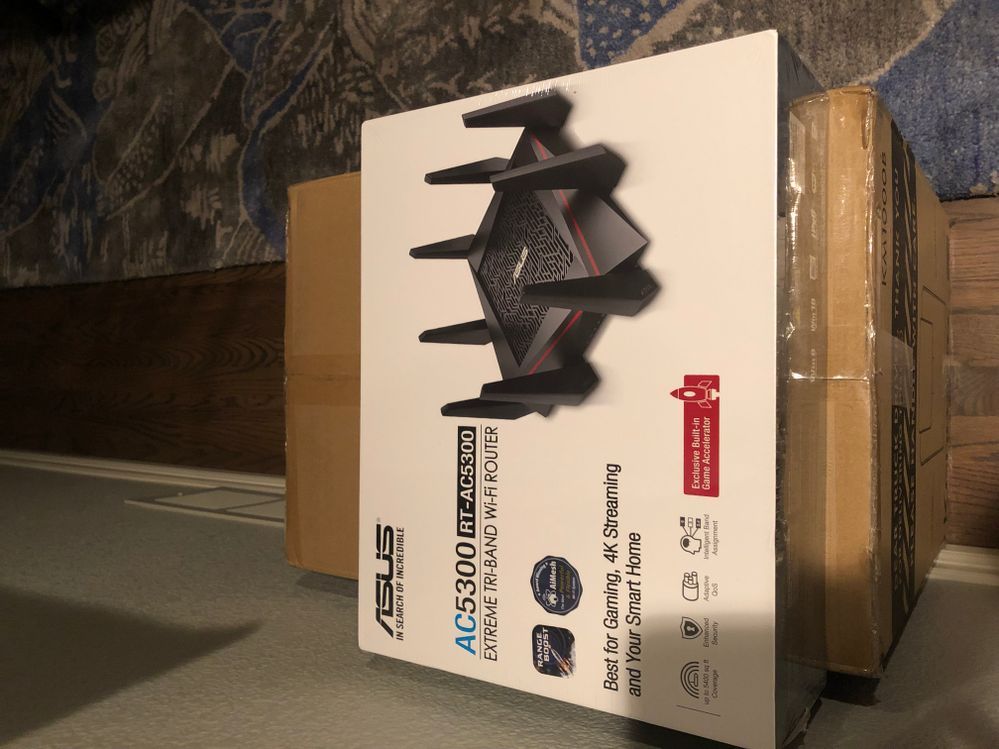 So excited for this new router!  I only wish I had time to hook it up now as my Netgear X10 piece of crap router has been dropping it's signal every few minutes and I had to switch over to a bluetooth speaker to listen to music.  Now my qustion is do I donate this piece of **bleep**e and give someone else the headache of dealing with it or break the f'ing thing up with a hammer?  It has taken so much time from my life dealing with it, I'm going with hammer time!

You might want to apply for access to the closed Beta - why ever the process seems to be more than slow. But then, lots of issues are fixed there. Send PM to @ChristineT or @Christian_R. Certainly better than the hammer.

I had the dropout/disconnect problem with my new R9000 router and was going to return it. I decided to try the beta firmware, and it made a big difference. No guarantee that it will fix your problem, but if you don't mind installing beta firmware, it might be worth it to try the beta rather than returning the router.