I'm getting an error message when trying to setup wifi on my router where it is saying under wireless "Warning OFF". I've tried upgrading the firmware to the latest version provided by netgear. I've tried making sure the button on the top of the router is not disabling wifi. I've tried to reset the modem and router after leaving powered off for several minutes. I've tried doing a factory reset by holding the reset button on the back of the router for a few seconds until the power light flashes amber.

Below are a few pictures showing what I'm seeing. It is hard to tell but the 2.4/5ghz lights are MUCH dimmer when compared to the other lights like the power/wifi/wps/internet/ethernet lights. A bit of addtional information which doesn't come across in the picture of the router, the Internet (second from the left) light is blinking as well as the 1st ethernet port light.

Just a note, as far as I can tell, the wired connection is working fine (as I'm posting from a desktop with a direct ethernet connection to the router).

Any ideas to get the wifi enabled and working would be appricated. Thanks.

Edit: I found a solution on another forum reccomending using telnet to run a command for "mtd erase netgear" to clear some internal flash memory that might be corrupted. 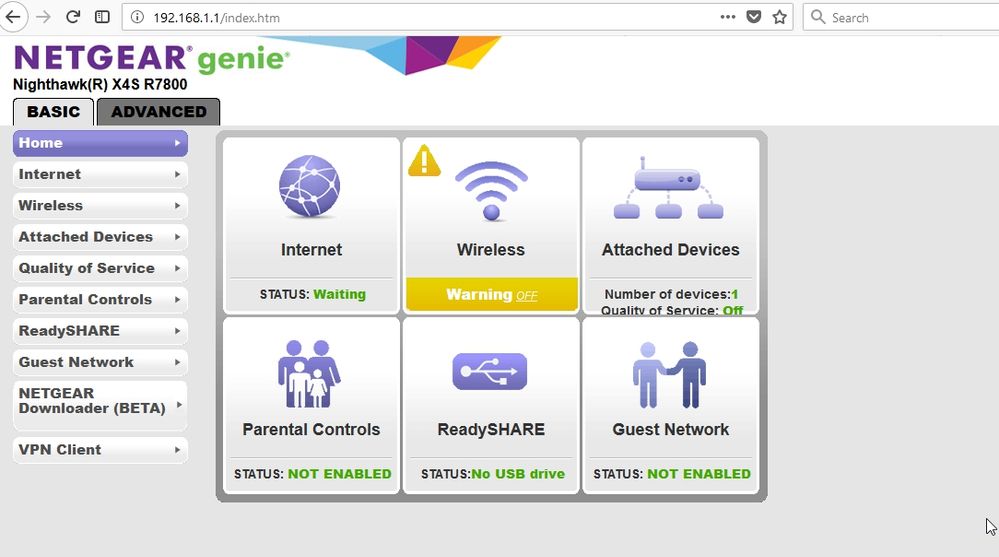 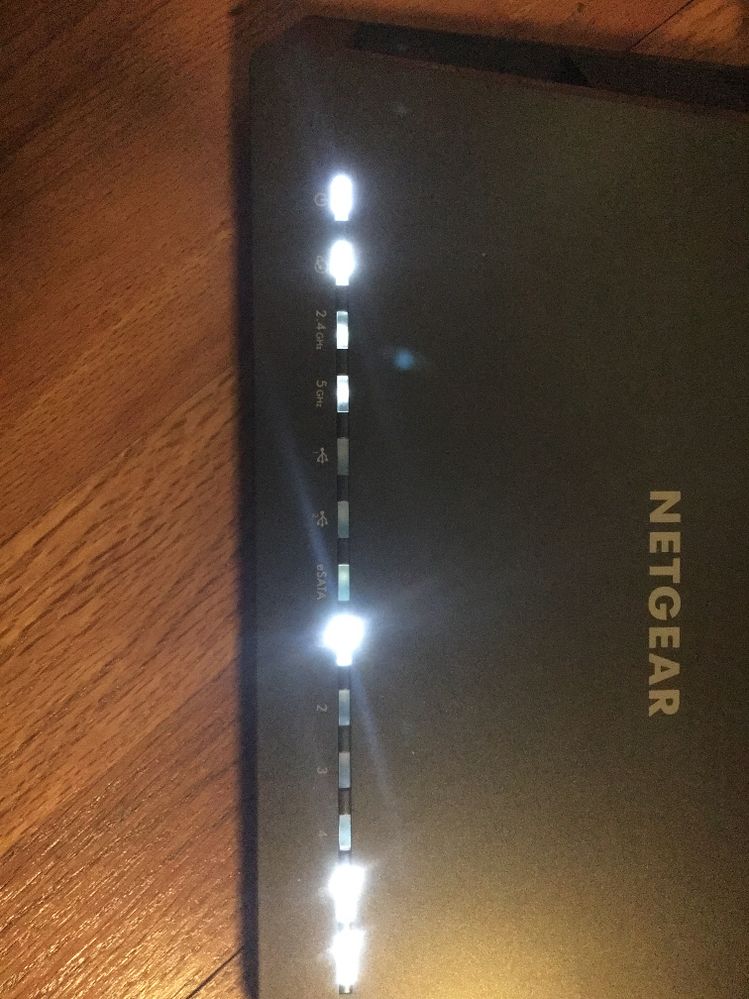 Does your wireless devices detect the WiFi network?

Was this working before?

Was there any changed before this issue occur?

Thanks for the response, but as I mentioned in the edit on the original post I found a solution by running a command to clear out a section of internal flash memory which was corrupted. After I did that the wifi started to behave normally.
Message 4 of 5
0 Kudos
Reply

Thank you for your feedback. Glad that it's working now.