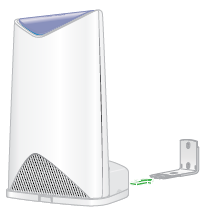 KUDOS or REPLY If you found this helpful.
Model: Orbi Pro Tri-band WiFi System (SRK60) AC3000
Message 1 of 92
Labels:
Me too
3 Kudos
Reply

So as someone who has only just got Orbi Pro, a killer feature would be to not require a separate base station for my Arlo cameras - such that the outdoor cameras I currently have don’t need the cane station a) living in a hostile enviroment and b) needing an additional power supply
Message 20 of 92
2 Kudos
Reply