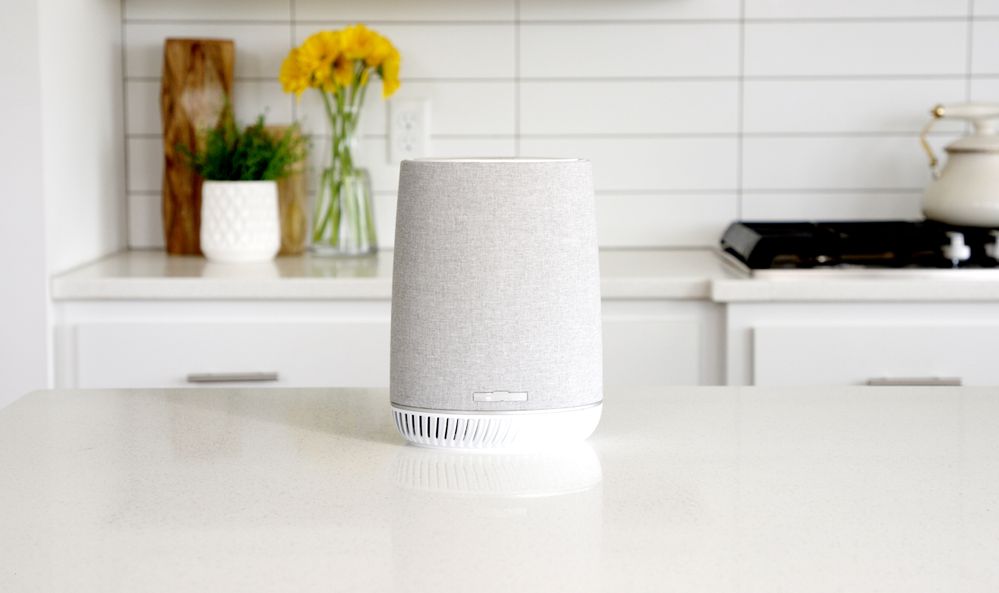 NETGEAR is revolutionizing the industry once again by introducing, for the first time, an end device feature into a Mesh System.  The Orbi Voice Mesh WiFi System with Orbi Voice WiFi Satellite & Smart Speaker —the newest member to our top-rated Orbi family of WiFi routers, just announced in Berlin at IFA, the largest consumer electronics tech show in Europe. Other smart speakers may actually slow down your home WiFi. But not Orbi Voice.

The Orbi Voice is an incredible three-in-one smart speaker. How is it three-in-one?  First, as expected, the Orbi Voice delivers high-performance WiFi as an Orbi satellite.  Secondly, it includes a built-in Smart Assistant, from the market leader in that space – Amazon Alexa.  And finally, it includes high-fidelity Harman Kardon engineered audio that will rock your room. Not only can you voice-control your music (and other smart devices throughout your home), but you can really enjoy it too, with the speaker’s exceptionally rich, room-filling timbres.

What do you think of the Mesh WiFi game-changing Orbi Voice? Tell us your thoughts in the comments!