I started a tread about speed dropping also, it only seems to happen to me when my devices switch to the sat unit! The funny part is! When I look at the sat unit after a reboot, I get a blue light, and the status page says my connection is good (blue) but if I go where my router is and my phone switches back my speed bumps right back up! I dunno what could be causing this! As there is no way to change any major settings in the sat unit!! Hey billcook do you notice this issue when ur connected to the sat unit or the router? Am wondering if your experiencing the same issue I am having!
Message 7 of 19
1 Kudo
Reply 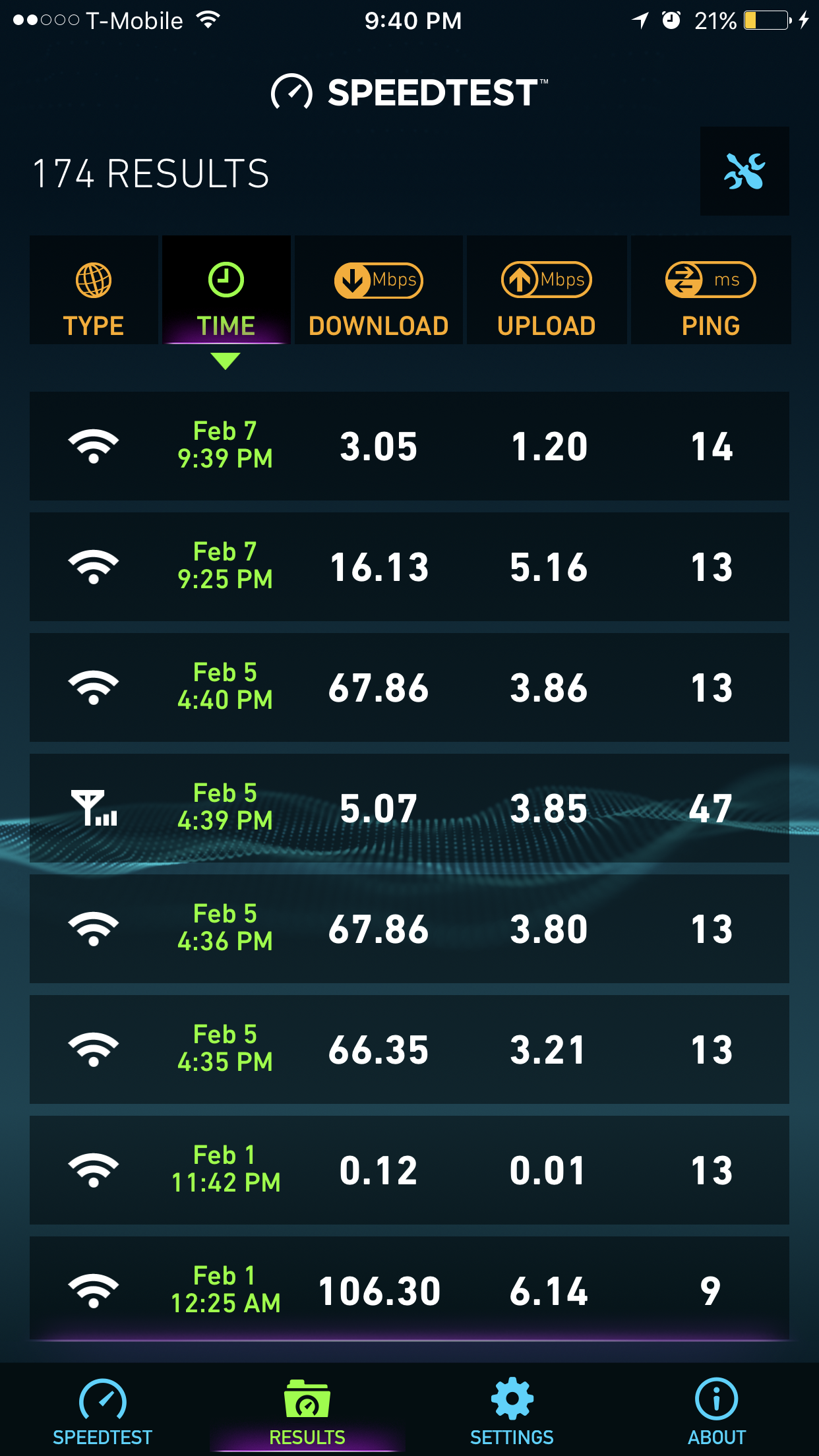 Hey bill my sat unit is not defective, its brand new, I just recently replace it with a bad unit so I know it's not defective, also the problem only seems to be affecting iOS devices, not other devices on my system so if I was to make a educated guess I'll say it seems to a software issue instead of a hardware, guess I gotta wait for those firmware that's coming been months now and still haven't seen a update, I hope that new firmware involves a lot of fixes since it's taking forever 😩
Message 17 of 19
1 Kudo
Reply