This is just the App (on your phone). Works great.... And before I get slammed, this is just the App it isn't going to solve the Orbi gear problems (although mine works like a charm 1xRTR, 3x Satellites).
Message 27 of 61
0 Kudos
Reply

That's odd, mine show the exact names I gave them. Both the Orbi devices and my connected devices (and per satellite in network map). That along with the ability to edit every device's name.
Message 30 of 61
0 Kudos
Reply

So, it - along with Orbi in general - work great for me. What I don't get is how it would be possible for Netgear to have such horrible manufacturing processes. Seems like a huge amount of skew given the majority of owners globally work fine (if they didn't I think there would be an uproar beyond this forum) and those that seem to have ones that are broken.
Message 31 of 61
0 Kudos
Reply

Might be. Could be they don't interoperate so well across "tiers". I guess apart from the radios there could be other differences and like you mentioned the lowest common denominator may dictate.
Message 33 of 61
0 Kudos
Reply

I would have prefered the new app not require an account other than the one on the device.  Less accounts is better. 🙂  Last pass friendly is good.

Ok as this thread is supposed to be about the app and not router firmware I'll try and get us back on track.
App version 2.2 has a bug where if I close it down and reopen, it reports I have a Netgear Nighthawk router and doesn't work. It shows a red dot for connection. If I close the app and swipe it from recent apps (this is the Android version) to effectively kill the process, I can restart the app and it reports I'm connected to my Orbi again.
Model: RBK50| Orbi AC3000 High-Performance Tri-Band WiFi System
Message 43 of 61
0 Kudos
Reply

Hi. Not until Friday as I'm away from home until then.
Cheers.
Message 46 of 61
0 Kudos
Reply

Don't forget some of us are allergic to Apple products 🙂 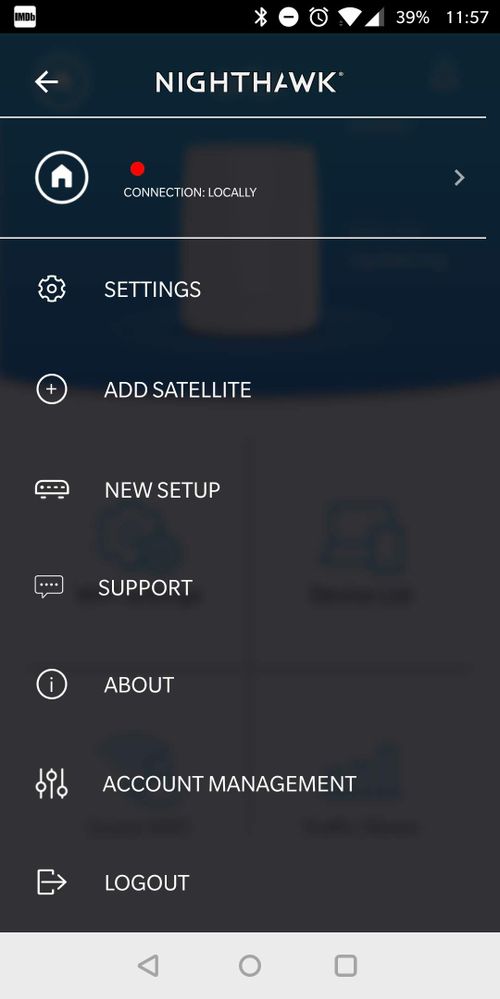 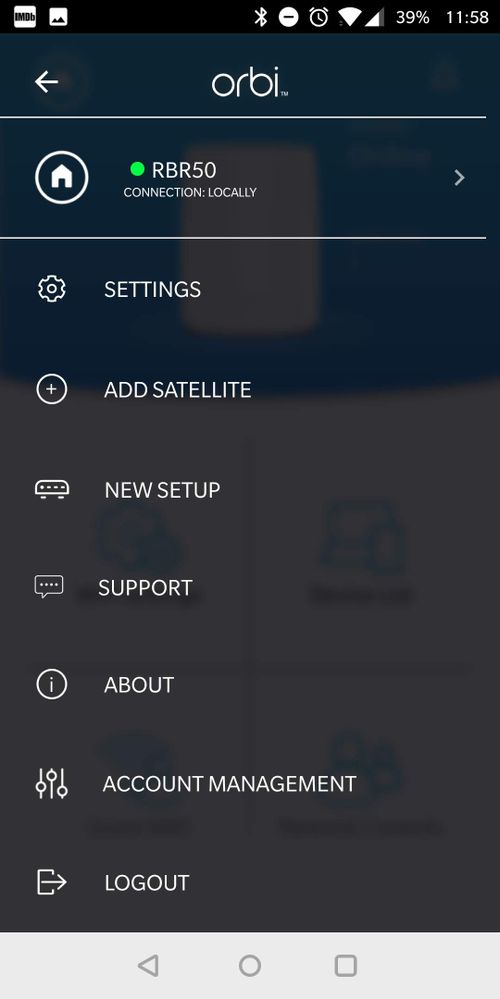