× We are experiencing an outage of our ReadyCloud service and are working to resolve the issue..
× Webinar: WiFi for EdTech with Insight Advanced Wireless 1/22 11AM PST
Log In

Welcome to the Orbi Community

What is Whole Home Mesh WiFi? 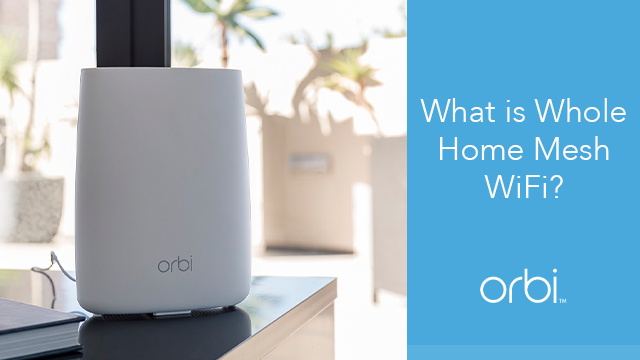 Today, Mesh WiFi is all the rage when it comes to creating a whole home network. Gone are the days of having to stay as close to your router as possible for the best & fastest WiFi or suffering from dead zones in the back room. With Mesh WiFi, you can truly enjoy coverage in every room and every corner of your home.

But what exactly is Mesh WiFi and how does it differ from your traditional router? Here, we give you a breakdown of how Mesh WiFi works, what it is ideal for, and how it is different from routers & WiFi extenders.

What is Whole Home Mesh WiFi? 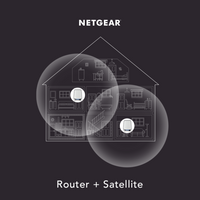 Traditionally, your router is positioned in a less than ideal location, many times ending up on one end of the house. Essentially, this means the other end suffers from bad WiFi. Ideally, if you could situate your router right in the middle of your home, your WiFi could be distributed evenly throughout your home, but in most situations this isn’t possible.

With Mesh WiFi, a router is paired with one or more satellites which can be placed throughout your home. These satellites will take the router’s signal and amplify it further across your home, ensuring you get more coverage in the areas you most need them. By using a single wireless network, or SSID, mesh WiFi lets you enjoy seamless roaming throughout your home without having to manually switch networks. 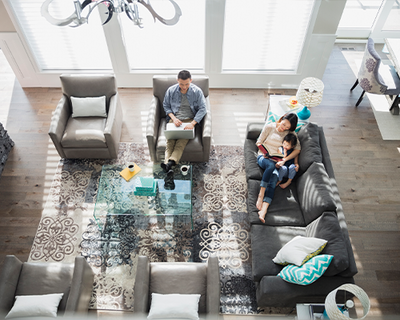 What is Mesh WiFi Ideal For?

A home’s size and a router’s location can make it difficult to ensure full coverage throughout your space. Additionally, your home’s layout, walls, & number of floors all play a factor as well. With Mesh WiFi systems like Orbi, you’ll be able to cover up to 6,000 sq. ft. with multiple satellites, ultimately eliminating WiFi dead zones. This means you can enjoy a truly complete WiFi experience that allows for seamless roaming with no interruptions, more Netflix or Spotify streaming, and faster WiFi speeds across your home.

What’s the Difference Between Orbi & Other Mesh WiFi Systems? 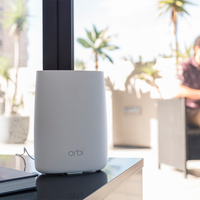 While Orbi and other Mesh WiFi systems work similarly, one of Orbi’s main advantages is the use of Tri-band technology and (most recently) the implementation of WiFi 6. Tri-band allows Orbi to have a dedicated wireless backhaul between the router and satellites, maximizing WiFi speeds for 4K streaming and connections to multiple devices throughout your home.

With Orbi WiFi 6, you get the same Orbi award-winning technology paired with the latest wireless standard, 802.11ax, or WiFi 6. The perfect complement for the growing smart home of today and tomorrow, Orbi WiFi 6 is designed for the fastest Gigabit Internet speeds and 4X the connected capacity for all of the devices entering your home.

Prior to Mesh WiFi, WiFi Range Extenders were an alternate solution to help extend a router’s coverage. While WiFi Extenders created a separate network for any devices that were connected outside of the main router’s network, mesh WiFi uses a single SSID or network name. Whenever a device was outside of the router’s range and needed to connect to the Range Extender’s network, users would often experience a dropped connection as their device would try to re-establish a connection to the new network. Additionally, while a Range Extender can extend a router’s coverage further the actual WiFi performance would often get cut in half, typically resulting in slower speeds and connectivity issues.

To improve the woes of the traditional WiFi Extender, NETGEAR created a line of Nighthawk Mesh Extenders. Much like a WiFi Extender, Nighthawk Mesh allows you to extend your existing router’s WiFi, but with the addition of Tri-band technology, you can create Whole Home Mesh WiFi for your existing network. Like a Mesh WiFi System, you’ll benefit from a single network name, whole home coverage, seamless roaming, and WiFi coverage that is just plain faster.