The WNR3500 is a 2.4GHz router, so deifinately you will get huge improvement with Orbi when it comes to throughput.

Orbi will help you to get good coverage in your house to get good speed everywhere. The speed you get depends on many factors.

The maximum bandwidth of the used 5GHz channels in Orbi is 80 MHz.

Please see the table below. The -theoritically- possible fronthaul wireless speeds in Orbi are those that are in the red square (maximum of 2 spatial streams with maximum of 80 MHz bandwidth). The MCS value that your connection will get depens on how close or far you are from the router/satellite, the radio conditions among other things. 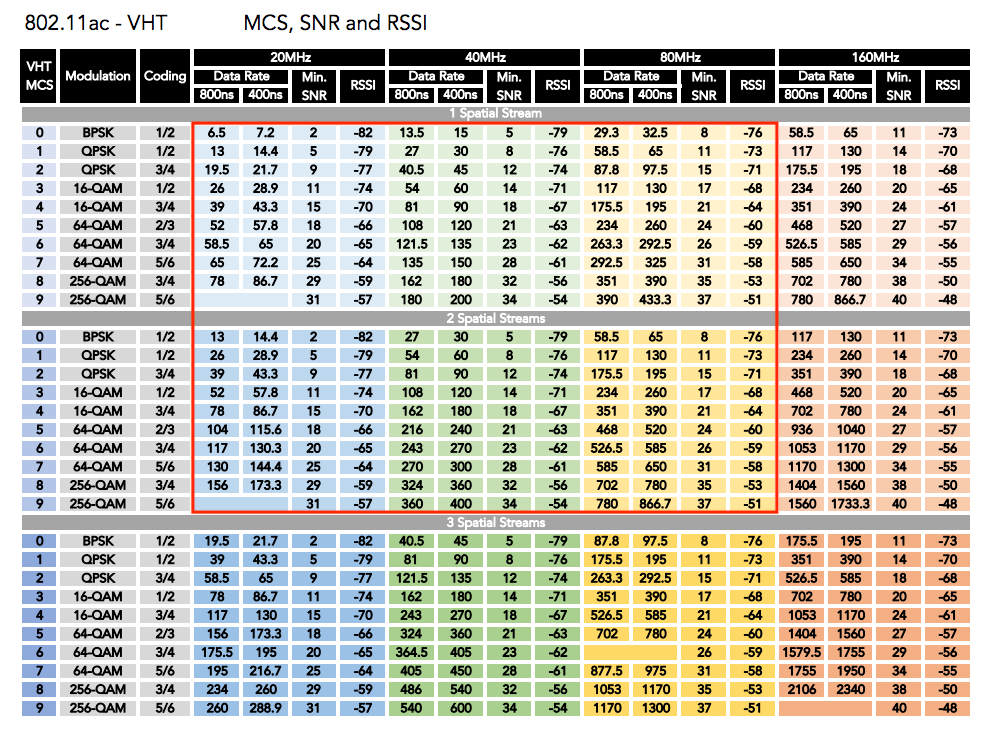