We purchased this switch about 3 months ago but didn't have a need to install right away.

Last week I installed the unit, and it appeared to work fine. However, as a few days went by, I had staff reporting losing network and/or internet access.

The JGS524 is connected to a Draytek 2925AC, which controls the DHCP and VLANs (albeit, only 1 VLAN is setup).

Connected to the JGS524 is about 12 PCs, 4 printers and various other wired devices (NAS ect). In total around 20 devices.

On first inspection, I started to think it was faulty cabling; however I had a number of old but functioning TP Link switches which I tested the cabling through - over a few days, no issues. So I plugged all cables back into the JGS524, and within a few hours, there were complaints of network and/or internet outages.

In one instance, we were doing a backup of various PCs to OneDrive - after putting through about 800MB, it died with all PCs losing network access to the router & NAS. However, a server that is directly connected to the 2925AC didn't lose connectivity with the exception to anything connected to the JGS524.

All lights remain illuminated, and appears normal when this happens. Sometimes, within a few minutes, connectivity returns as normal. However most of the time I have to do a power cycle (unplug power for 10 seconds, plug back in).

This appears to me as a faulty device. However I have also read on this forum that others are having this issue.

Netgear, what can you do to fix this problem?

If this is an non-manged JGS524 (decade old) or a JGS524v2 switch (when I have it right no longer available from Netgear) there might be not much Netgear can do but exchange the switch, potentially a faulty unit.

Should this be a switch from the JGS524E (Smart Managed Plus) model line these are lightly managed, the firmware is user upgradeable.

Thanks for the response schumaku.

I believe it's a JGS524v2, at least that's what it says in the Netgear portal after we registered the device.

Even if it means that we send it back to Netgear, and pay the difference for the latest generation - than I would be happy with that.

Welcome to the community! 🙂

The JGS524v2 switch appears to be faulty.  Kindly access the JGS524v2 support page here then click on the 'reddish pinkish' button that says Guided Assistance and you may process the replacement from there as you follow the online instructions.

I would gladly do that, except Netgear is telling me that I am about 3 weeks (July 11, 2018) out of warranty and in turn, support.

What are my options? 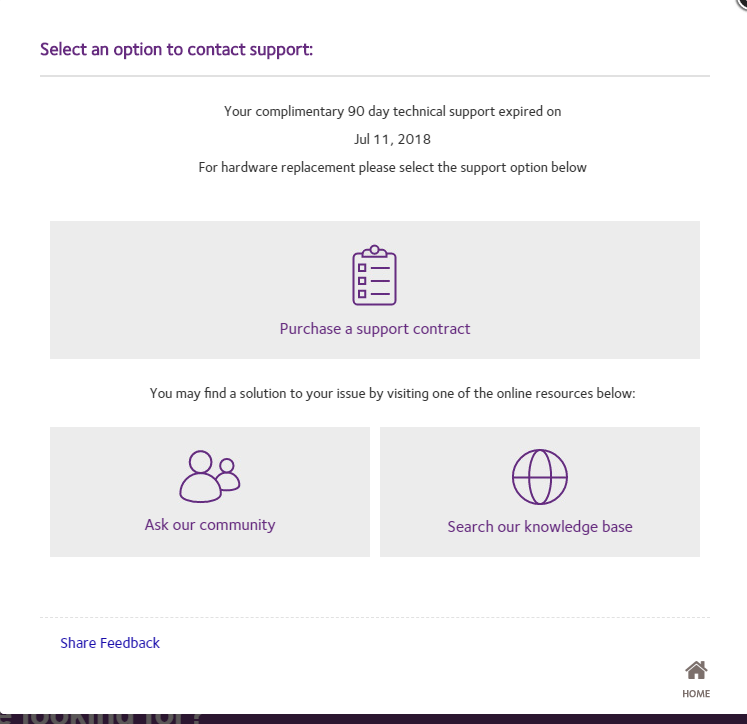