I'd like to have 4 different SSID's for wifi of the Orbi Pro, pretty sure that will work according to the manuals, but how do I 'patch' some hardwired devices (camera's) on the POE switch to the same network (SSID), which is managed in the Orbi.

Is there a way the switch can 'talk' to the Orbi and adapt all the network settings?

What's the best way to approach this?

Message 1 of 3
Me too
0 Kudos
CrimpOn
Guru

Using VLANs is discussed on page 233 of the User Manual:

Was a support contract included with this purchase? (from the product description) 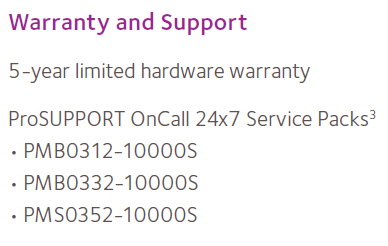 As this is a Power over Ethernet (PoE) switch, would it be correct to infer that the goal is to support security cameras?

My first impression is:

I love my Orbi.
Message 2 of 3
1 Kudo
schumaku
Guru

The point is to have as many VLAN as you need for your design and deployment intentions. Multiple VLANs can be defined on a single trunk for implementing  trunk from the SX[R]80 resp. the SXS80 to connect a VLAN capable switch for example. On the switch and or on the Orbi Pro ports you can freely configure select ports to access ports, untagged and defined as PVID for the VLAN desired.