New Orbi owner. To cut a long story short, everything works great in Router mode. As soon as I switch to AP mode, everything goes offline. Satellites go magenta. I can occasionally connect to the main router, but then it dumps me off Wi-Fi within a few seconds. This repeats over and over.

This is connected to my Zyxel C1100Z mode running in router mode (Wi-Fi off).

Any ideas? Thanks in advance.
Model: RBK53| Orbi Router + 2 Satellites Orbi WiFi System
Message 1 of 16
Labels:
Me too
0 Kudos
Reply

Let me add, I have to fully reset the Orbi router after I switch to AP mode, because I've got no way of connecting to it otherwise.

It almost FEELS like an IP conflict when the Orbi is switching to AP mode, but I don't understand that because the modem is supposed to deal with it. And yes, I've tried rebooting the modem to fix this, and no dice. I simply cannot use AP mode.

Thousands of Orbi owners have chosen to put the Orbi in Access Point (AP) mode, so you are correct that "something is amiss."

When you change the Orbi to AP mode, you reboot the Orbi and all of the satellites, and all of your devices, correct?

The difference between Router and AP modes is which device responds to DHCP requests from devices and the IP of the internet gateway. My modem from Spectrum, for example, has IP 192.168.0.1.  The default for Orbi is to get the IP address dynamically from the ISP, which is what mine does. It assigns 192.168.0.3 to my Orbi and says that the internet gateway is 192.168.0.1.   If I had told the Orbi to use a static IP address of 192.168.1.1 on the modem side, the modem would not see it.

In AP mode DHCP requests from devices go through the Orbi to the router, and they will all get IP's of 192.168.0.x.  For example, if you have a Windows PC attached to an Orbi ethernet port, went to the command line, and did "ipconfig /all" you would see that the PC got one IP address in Router mode and a different IP address in AP mode.  In AP mode, NONE of the router functions are active.  Like, "Parental Mode" doesn't apply, Disney Circle doesn't apply. Port forwarding doesn't happen.  Your primary router does "ALL things router."

My guess is that satellites immediately go magenta because they originally got one IP address from the Orbi Router and are clinging to it. Geez, all of your devices may be clinging to IP addresses that no longer can find their gateway.

That's about the extent of my knowledge.  My advice is to (a) change from Router to AP, and (b) reboot EVERYTHING (satellites, devices, etc.)

Of course, this begs the question of WHY you want to change from Router to AP mode.  My Orbi has been in Router mode since I bought it, and works fine.  Some people SWEAR that Orbi's don't work right unless they are in AP mode.  For them, the change helps.

Thank you for the reply. I do understand the difference between the modes. Personally, the reason for me for wanting to use AP mode is to have all devices on the same subnet.

Most of my house is hardwired through switches, for instance. With WiFi now being on the 192.168.1.x subnet, file sharing isn’t as easy when my wired devices are connected to 192.168.0.x.

In any case, I fail to understand why AP mode isn’t working. I’ve rebooted the Orbi components, and even left the satellites unplugged when doing this.

The next test will be to see if changing the SSID first to something random will fix things. Like somehow a WiFi device or devices connecting to the Orbi are screwing things up.

Well, turns out my brain-wave is correct. Now in AP mode successfully by changing the SSID to something different first.

I have 20 zillion things I need to turn off before switching the SSID back, because when whatever trouble device connects back, it's going to mess it up and I'll have to reset the Orbis.

Also, I noticed the Orbi doesn't know what any devices are, now. All UNKNOWN, for the most part, when in AP mode. Bummer!

Glad you made AP mode work.  Having lots of devices makes changing things tedious.  When my Orbi ran out of ethernet ports, I connected a switch to the Orbi instead of the modem. So, the Orbi assigns all my DHCP addresses and all the devices are in one address space.  Unless all your devices are using DHCP, moving the switch network from the modem to the Orbi would be a lot of trouble.

My guess is the reason Orbi "knows nothing" is because the device table is a "router function."  In AP, the Orbi just passes packets along.

Please update this thread when you discover which WiFi device is the culprit.

Thank you for the reply. Yeah it will be extremely tedious indeed. I don’t know that I have it in me right now to deal with it. So I set the Orbi back to Router mode, and put my SSID back to normal.

At least it works well this way for now. I may revisit when I have the energy to unplug a zillion Wi-Fi devices. May not be worth it...

One last update on this:

I was irritated at not being able to use the Orbis in AP mode with my Zyxel C1100Z (router). So I shut off every single wifi device in my house, set the Orbi to AP mode, and it worked! Yay!

So then I turned on every single wifi device again, and everything seemed to work.

Until I reboot the Orbis again, and it all goes downhill, with no WiFi access. So I replaced the Zyxel C1100Z with a Ubiquiti ERX, and everthing has been flawless with the Orbis in AP mode, reboots or otherwise.


One last update on this:

I was irritated at not being able to use the Orbis in AP mode with my Zyxel C1100Z (router). So I shut off every single wifi device in my house, set the Orbi to AP mode, and it worked! Yay!

So then I turned on every single wifi device again, and everything seemed to work.

Until I reboot the Orbis again, and it all goes downhill, with no WiFi access. So I replaced the Zyxel C1100Z with a Ubiquiti ERX, and everthing has been flawless with the Orbis in AP mode, reboots or otherwise.

Potentially, yes. It seems like it. But that Zyxel C1100Z is a router, not a modem.

In any case it doesn't matter now I switched router completely.

First and foremost it's a modem with built in router. Modem router combo. Ya AP mode should have worked however we've seen varied issues with Orbi and some ISP Modems.

He is like a professional help desk person, knows scripts, has spoken with real Netgear support reps, and has something to say on virtually any topic posted!


He is like a professional help desk person, knows scripts, has spoken with real Netgear support reps, and has something to say on virtually any topic posted!

@FURRYe38 knows how to use a search engine:

Look at the LAN ports on the back. 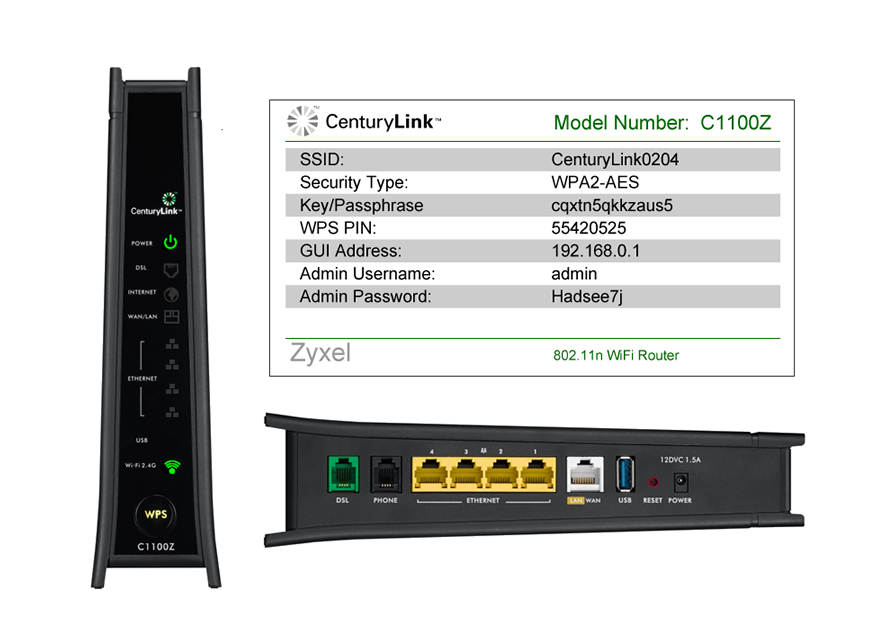 All those ports mean router. It also says so at the bottom of the table.

Turning off the wifi does not turn off the router bit.

Just another user with a set of boilerplate macros.

I fear people are "picking nits".  Furry38 mentioned that it is a modem/router combination, which it clearly IS (see the jack labeled "DSL" in the picture), but it can also be deployed as only a router (with the jack labeled "WAN").  In this specific case, the product was deployed as a router, and replacing it with a different router solved the problem.  Everybody is "right".

I love my Orbi.
Message 16 of 16
2 Kudos
Reply
Top Contributors
See All
Announcements