I have Mediacom and contacted them to upgrade my firmware per Netgear website. Mediacom advised that they do not have any firmware upgrade and to contact Neatgear. Please help.

Does anyone from Netgear respond here?  If not does anyone have a phone number or email to contact them.

No way to do a manual upgrade of a cable modem if a firmware update is available it would be pushed out via the ISP.

So how does Mediacom get the latest firmware so they can update my modem.  They have told me I have the latest firmware they have access to.  Frustrated for sure.  First Netgear product and not happy not getting help from either end.  Maybe my last?

what FW are you on?

what FW are you looking for?

Mediacom has FW released to them back in APRIL 2017.

Well that is real nice, is it it. Now I have to go wast tomorrow going back to frys returning all my net gear stuff. That shouldn't be illegal for you to sell something and not tell the consumer - but I will be telling everyone I know. I bought your Cm600 so I wouldn't have to rent one from Time Warmer. You say it's compatible, but the one I just bought from the store was so whacked it could only get on line at 15Mbps, and I average 300. Tried resetting, sending new signals, and than Tim Warner Spectrum says they cannot give me a firmware or software update because I own the device. They will occasionally send out signals to tweak things, but if you buy your own there's nothing they can do for you homie. I heard the same thing at Netgear, there's nothing they can do for me, so I guess I won't have nothing to do with you. I did just buy the Netgear Orbi RBR50/RBS50 2 pack, along with a Netgear hub that was $28. I guess I won't need any off that, because they did offer me a modem/router that is high speed, designed for their network, AC3200, free for a year, and than only five bucks a month after that. That is the only good thing about Charter taking over, TW used to charge $10 per month for the modem, and another $15 on top of that for using their wireless. They said $5 is now their regular price, so everyone might as well get their stuff they update. They also said if I have any dead spots they provide the enhancers at no extra charge. Tomorrow I will be returning $450 worth of your product to the store for your horrible policy of not giving updates. 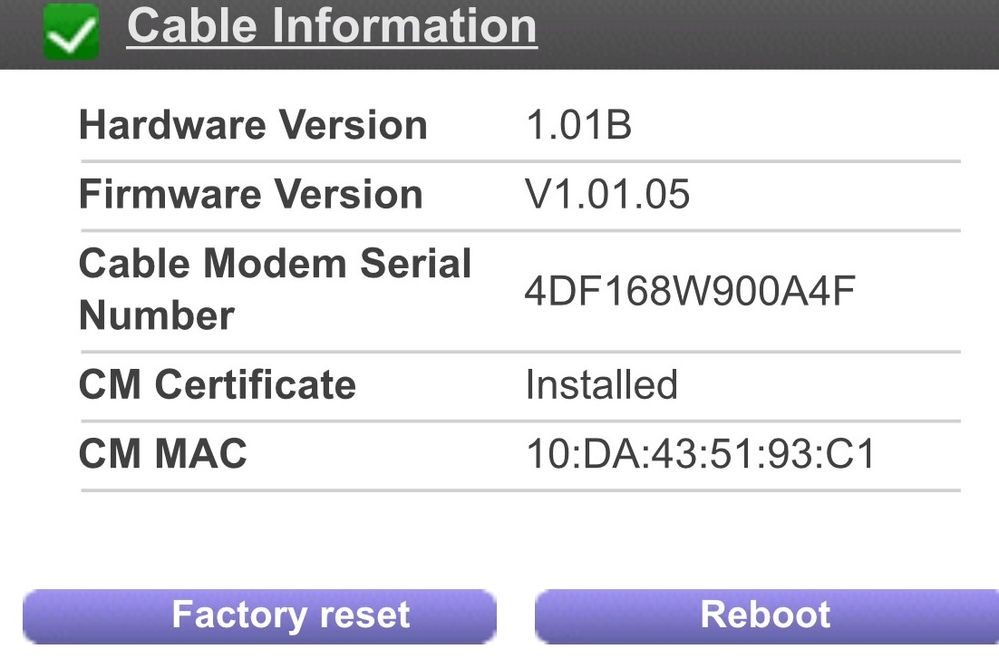 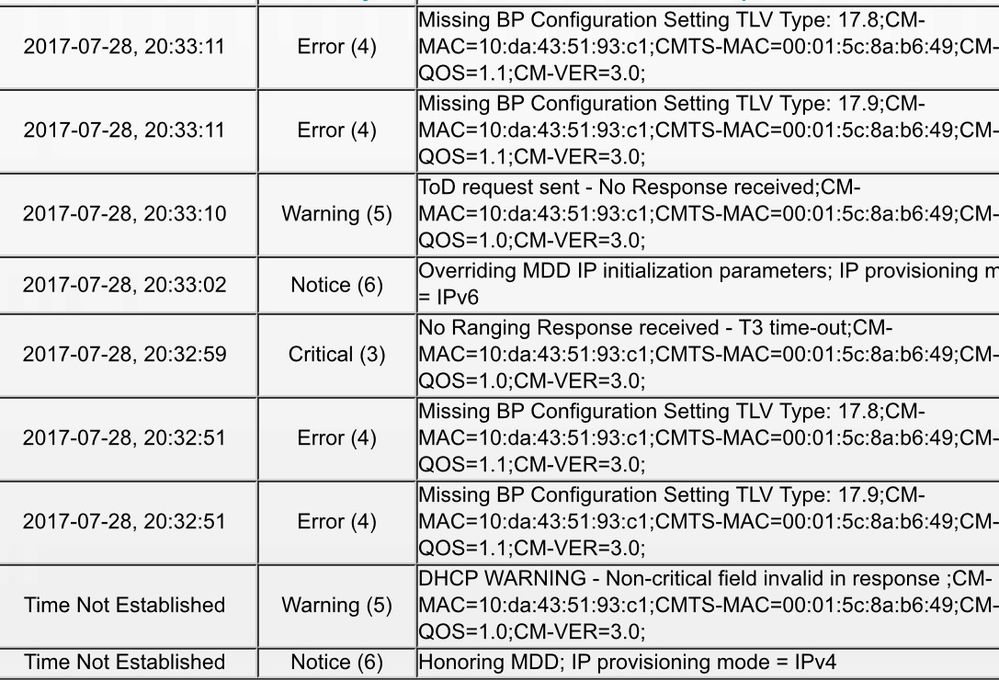 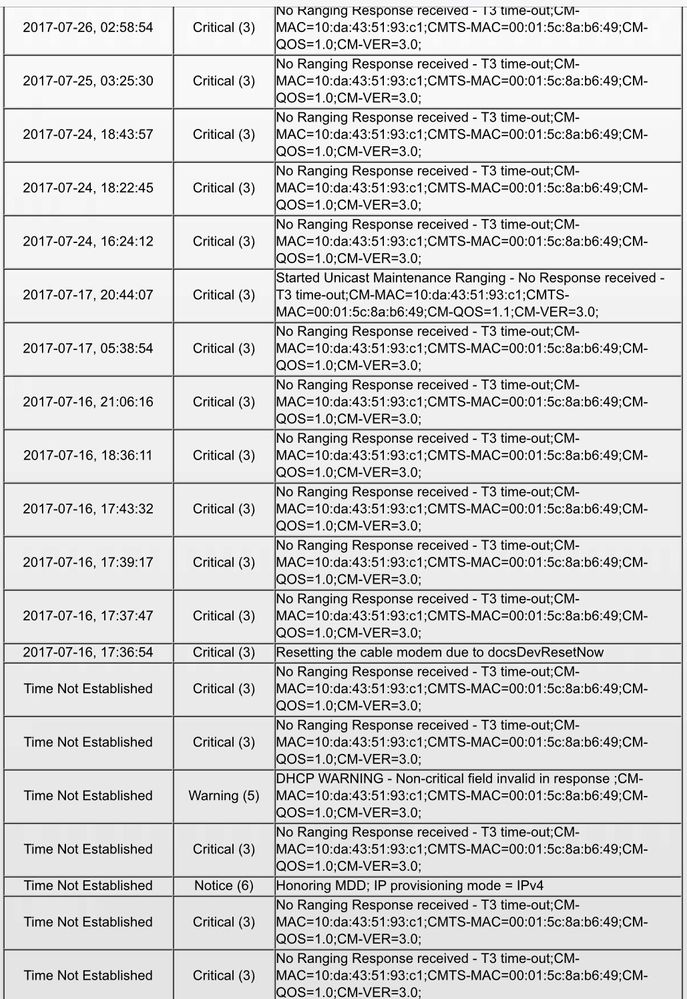 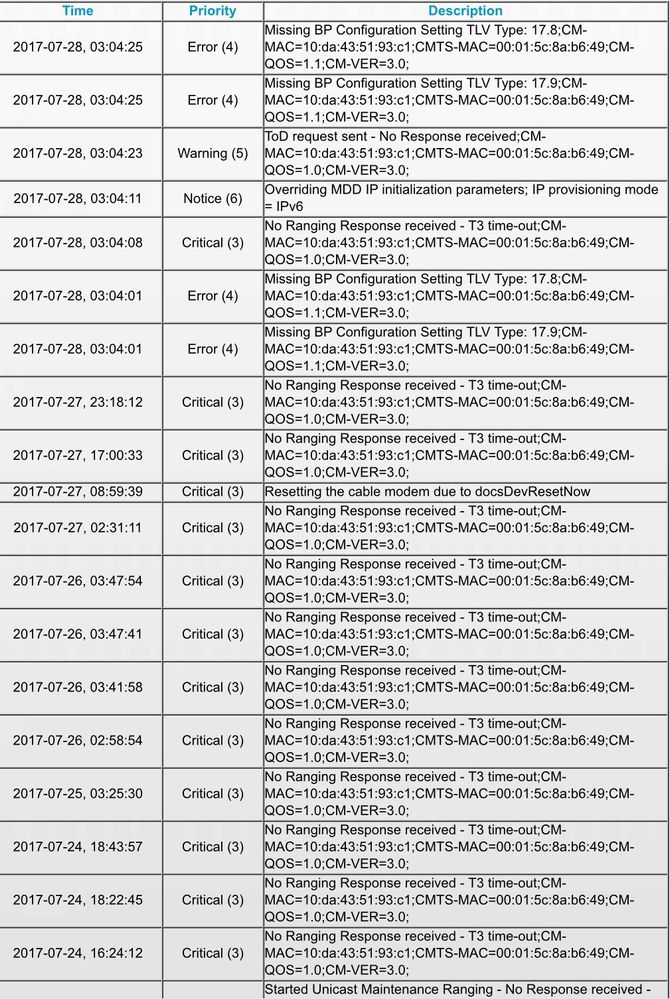 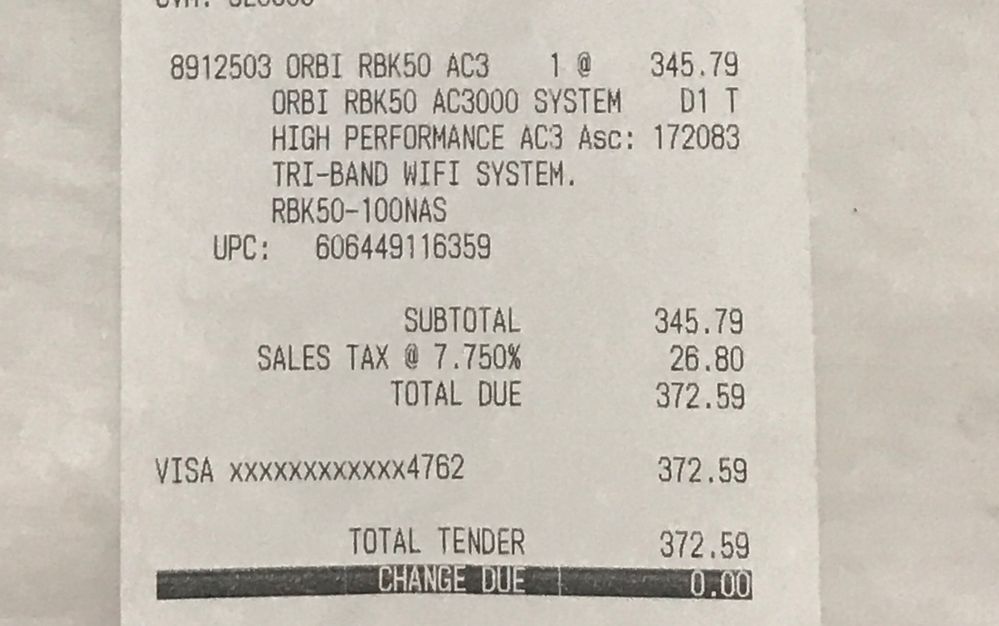 You have alot of T3 timeouts in the logs this is typically a line issues either in the wiring in your home or outside you may want to have a tech from your ISP come out and check the lines.