Is the motherboard in the NV+ follow any standard such that I might be able to replace it with a more recent off-the-shelf version? I'd like to get a faster Intel CPU and better network adaptor (one without the 7K Jumbo Packet limitation) and perhaps run FreeNAS? (are we allowed to mention that here?) Obviously the case and drive bays add significant value verse building one from a regular shoebox case. Has anyone done this?
Message 1 of 7
Labels:
Me too
1 Kudo
Reply 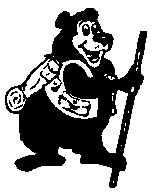 The mother board is of a size that will fit within the small confines of the case. Most units in the market that are ready to run RAID enclosures are proprietary to their units. They won't fit in other cases and vice versa.

If you want a GP motherboard to experiment with it will have to also have a much larger case. If you like the features of the NV+ but want a faster CPU and more memory, check out the Ultra line. I doubt that you can build one much cheaper and you would have no real support.
Remember - the NAS is not a backup plan.

Sorry, I thought that was obvious. I'm asking about small form factor boards like the micro-itx or pico-itx.

Assuming I'm just replacing the motherboard, CPU & memory on an existing NV+ chassis, I think there's no question you could get better raw performance than a NVX for less than $750. Whether you could build something with better NAS performance than the NVX with FreeNAS is another question, but I suspect you could beat the pants off the NV+.


Really!?! OK. Now I suspect you're just paid by Netgear to discourage anyone from reusing old hardware vs. buying new. 😄

To be more specific, does anyone know if any off-the-shelf mini or pico ITX motherboards will fit in the NV+ case. Second question is whether the SATA connector from the drive bays will plug into a standard SATA motherboard, or did they go through the pain to make sure no-one could re-use the hardware?
Message 3 of 7
0 Kudos
Reply

I appreciate your efforts to sell me more Netgear products, but that's not really not my question. I'm looking for a way to extend the life of my existing hardware. Remember when Intel ignored the overclockers fearing it would eat into their pricing model while AMD embraced them? That was probably the last time AMD made significant gains in market share. What BMW & Honda understand (Ford and GM not so much, maybe BMW less so now) is that making a product with high resale value down the line improves your new line sales, and doesn't undercut them.

I'm not sure where Netgear wants to stand in that line, but the simple logic is having a DIY upgrade path for old products improves the likelyhood of someone purchasing the new products, even when they have no interest in upgrading the product themselves. One reason is the old products then have greater resale value rather than having to become door-stops or additional landfill.

So with that in mind, back to my original question: (Perhaps we can start new threads on "ReadyNAS market strategy" and "Why you should buy an Ultra" 🙂 What are my options for upgrading an old NV+ chassis? If the motherboard shape & mounts are too customized, can I strap something outside the chassis and run the SATA cable out the back? (maybe a Sandy Bridge with a 6-Gbps SATA?). I can't believe no one has tried this. Note, there still is an extremely painful conversion process due to the Sparc byte-order here. Please don't be concerned that a solution for this is going to kill the sales of the Ultra line.
Message 5 of 7
0 Kudos
Reply

Since I don't work for Netgear, whether you buy another Netgear product or not does not affect me. Rather than cobble together a frankenstien NAS, why not just buy a MB, case, etc and roll your own from scratch. I read an article about that over 4 years ago, it was based on turning old Win 98 based PC's into file servers running Linux on the old motherboards. There are some who do. I looked at what it took, and decided that for what I would invest in hardware, I would let Infrant do my development and assembly and bought my trusty old NV+.

You are talking about a new PSU, new MB and of course memory to match. Seems to me the only thing you would be saving from the NV+ is the case. To me it would be easier to find a case that will accommodate at least 4 or more drives, and then go from there.

Good Luck.
Remember - the NAS is not a backup plan.

Not just the case, but also the drive bays with the SATA plugs built into the back. That's not so easy to find and is pretty cool, or are those more standard than I think?
Message 7 of 7
0 Kudos
Reply
Top Contributors
See All
Announcements