Attached to the XR500 is my Linux PC for work, my Windows PC I use for streaming, 2 Android phones, 2 Firestick Devices, 2 Android Tablets, 1 Smart TV, and my Xbox One X console. Everything is connected and works well. After a TWO and A HALF hour long DDoS attack just as I reached near my Twitch Viewer count record (I couldn't believe it) while participating in a P2P game of Destiny 2. Destiny 2 is well known for these attacks and I have experienced them for the last time I hope. In addition to my XR500 I purchased NordVPN because after some research I same the recent firmware that allowed OpenVPN server use. I am now having trouble getting the same level of confidence in the Router as when I first saw it a few months ago and learned of its built in DDoS protection.

Geo-filter - Set for the default radius of 2000 km from my location. Nothing in Allow & Deny or the Auto Ping boxes just yet.

QoS - Anti-Bufferbloat is set to what I would consider a good ratio. Will adjust as need be. Bandwidth Allocation is set to recommended levels for the smaller devices, and the largest portion given to my streaming PC, and default Classified Games option enabled in Traffic Prioritization.

Hybrid VPN - THIS is where I spent hrs trying to find answer across the internet.

1st - NordVPN (OpenVPN) is setup and I am able to adjust my server as necessary, i.e. after a DDoS attack to reset whatever was attached.

2nd - After enabling the VPN and using my PC the option to "Add Service" went away entirely, not sure if this is intentional. But thought it was worth mentioning.

3rd - I want ALL of my PC traffic to go through the VPN. Except for any application now or in the future that deals with my livestream. The slowdown and buffering of a test stream I ran was just too much. I could go through a number of different servers, but I want to remove as many stops from Twitch servers to myself for consistentcy. After reading the help tip, I knew that I needed to "Add Service" that I "Do not VPN these services" for and therefore allowing it to be on the same IP as my Xbox One and only my Xbox one.

This did not go anywhere I intended. I made no progress. With 10s of 1000s of reports and an application as fluid as "Streamlabs OBS" (could also possibly include obs64.exe upon initiating stream) I used tool after tool to try to monitor which Source and Destination Ports were being used. I got a range that simply could not be right.

Therefore, to have the ability to modify my services that are going through my VPN or not, how exactly am I to determine precisely which of the Ports listed in the Network Statistics on my Windows machine will give me what I am trying to achieve. A stream that even in the event of a DDoS attack will remain online and continue gaming. As well, with Livestreaming being a large priority of mine, I want to be ahead of the curve and be able to determine any other services that are needed to be added the my VPN "exclusion list" as well.

Also, I did realize that the term "service" as used with Hybrid VPN could be something I am just not understanding. For example, I know that Streamlabs OBS has a "Listening" port the entire time after launch, during livestream and after. I know that the Destination Port was "https" which has a specified range if I am not mistaken. I saw that the Program ID for obs64.exe and Streamlabs OBS.exe were connected but had both UDP and TDP connection. Networking I know a little about, but I do NOT want to waste hours more, day after day, looking into the 100s of ports that are used throughout an 8 hr livestream and hope I am right.

Any suggestions would be absolutely astounding. 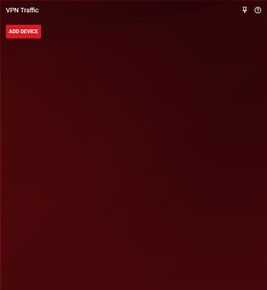 Just to ensure there is no confusion, I am referring to this specific section.

The bane of my existence from 7pm to 4am.

On the device manager you need to give your PC the device type of a PC and not a console, that will then allow you to add a service on the VPN Hybrid. On OBS on the output tab what is the stream type, is it RTMP? If so that uses TCP 1935 so if you add that as a service that should allow your stream to go ahead without being behind a VPN. Also for the VPN server make sure you're selecting the closest possible server to your location, that way you'll experience less latency on the devices behind it.
Message 2 of 6
0 Kudos
Reply

I'm only getting validation errors for 'sport' now. I can't seem to get the Port Ranges for Source and Destination correct. I understand its RTMP and that needs a rule for Port 1935. What range for the Source Port should I be using? And what range for the Destination Port?

I believe I just answered your post about this on the Netduma forum. Leave source as it is then do dst 1935-1935
Message 4 of 6
1 Kudo
Reply

I was actually able to figure it out shortly before receiving the answer. Yes, you're post did lead to 99% of the solution. The Source Ports were not inputted as a default at all, so I just had to input 1 - 65535 for Source. 1935 - 1935 for Destination.

Great to hear that, let us know how you get on!
Message 6 of 6
0 Kudos
Reply
Top Contributors
See All
Announcements