I've just installed OS6 on my Ultra 4, running fine :). One of the features I was looking forward to use was the ReadyCloud backup, but it's quite disappointing though. I miss some features that seem basic.

Custom source folder
When choosing the source folder on a desktop (by clicking on the ReadyCloud tray icon, then "backup PC folder") I'm limited to the contents/subdirectories of c:\users\< user>\
Why? There are MANY cases where you'd like to backup only a subdir of one of those directories. Or of a folder that's not located in the userdir at all.
Examples: c:\users\myaccount\My documents\crucialdox or d:\mydata

I expected a location similar to the users snapshots. A logical place could be /home/< username>/backups or something (obviously at 700), with a subfolder for every folder that has been configured by the user to backup.

PS: to be complete: fortunately the ReadyCloud mobile app does allow a custom folder to be set for picture backups.

[edit1]As a work around you can manually hide the shares. But you can't seem to change the owner to a ReadyCloud user in general though?
[edit2]Please move this topic to subforum feature requests. Sorry!
Message 1 of 6
Labels:
Me too
1 Kudo
Reply

I think its reasonable to allow the the destination folder to be within the user's home share. Though I'd want the option to make it a public share as well.

I agree that users need to specify any set of source folders.
Message 2 of 6
0 Kudos
Reply

Exactly. Private should be the default behaviour. The feature of making it a public share can be a (future) option.
Message 3 of 6
0 Kudos
Reply

I think both need to be available at the beginning. I don't use home shares, and would rather not enable them for this. I don't really care which is the default.
Message 4 of 6
0 Kudos
Reply 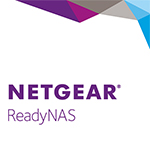 I think you are making some good points.

Although a newly created backup share has guest set as the owner and file access rights for everyone, network access is limited to the admin and the user who initiated the backup, thus making it private.

Not being able to specify source and target directories is one of my two biggest gripes with the ReadyCLOUD software! I just recently acquired my first NAS and have been frustrated with the lack of such a basic feature as being able to specify which folder you would like to backup and where it should go. So now I have to put all the files I want to backup in the 'Users' folder. And you can't choose where you want the files to backup to, or what they should be named. It just creates an automatic backup job on the 'data' drive.

Is it really that hard to add this feature? Considering that you can do a backup and all the other features of the NAS, it doesn't seem like a big ask to extend the capabilities of the software to do that.

Not that the backup/sync feature works properly, but I will address that in a separate topic as gripe number 2.
Message 6 of 6
1 Kudo
Reply
Announcements