Have tried the R8500 v1.0.0.50_1.0.25 firmware multiple times but end up downgrading back to v1.0.0.42_1.0.23 each time since uploads are incredibly slow on v1.0.0.50_1.0.25 (~.2mbps instead of ~12mbps).  This is on both wired and wireless connections.  Using a speed test service I see that download speeds are fine but surprisingly upload speeds are fine via IPv6 but NOT via IPv4.  I have tried disabling IPv6 but that leaves my network with almost no upload bandwidth.  Not using dynamic QoS either but have tried using it for the sake of troubleshooting - no change with or without it.

I have tried multiple devices including a laptop, desktop and two Android devices, all with the same results.  The easiest solution for me is to revert back to v1.0.0.42_1.0.23, keep my usual settings and I am back to roughly 180/12.  Hopefully this can help someone else who is having the same issue or at least bring this to the attention of Netgear since v1.0.0.50_1.0.25 appears to be being pushed to all R8500 routers now.

I would like to let you all know that NETGEAR engineers released a new firmware (1.0.0.52) that addresses slow WAN speed issue.

Kindly upgrade your routers and let us know if you are still having the same concern.

I believe I found the issue - I had to disable the traffic meter.  Not sure what one has to do with the other, I'm guessing it's a bug with the firmware.

Welcome to the community!

What's the exact configuration that you have under Traffic meter?

Tried replicating it in our end and we didn't get the same result.

Can you try to reset the router after upgrading the firmware to the latest?

Looking forward to your response.

Not a problem.  Just enabling it seems to cause the problem for me.  I had factory reset the router earlier today and started putting in my settings one at a time - when I got to the traffic meter, enabling it immediately slowed my IPv4 uploads to a stand-still.

Below are my "enabled" settings:

do you have UPNP enabled?

I have enabled UPNP setting and Traffic meter on R8500 settings. I am getting close to 300+ Mbps download and 30 Mbps upload. I have cox ultimate internet and this router is working like a charm.

Have Comcast with a Motorola SB6183 modem.  Settings on router that deviate from default are as follows:

- 2.4GHz and 5GHz are both using a short preamble

- I have around 15 reserved IP addresses

I am not sure why you are using 2.4Ghz with 433mbps mode. R8500 supports 2.4Ghz mode upto 1000 mbps. I am using default settings of the router for Wireless settings and did not enable IPv6 setting.

I am getting simillar upload speeds for wired or wireless in R8500.

I am using 433mbps mode since there are a lot of local 2.4GHz channels so I'd rather use a single 20MHz channel for less interference.  I am also using Smart Connect on my 5GHz channels, forgot to mention that.

I have had a the same issue as the person in this post, but instead of my upload being affected it was my download. I do not now if it was traffic meter or not. When I connect the netgear 8500 my download speeds drop from 126/24 Mb to 12/20 Mb per secound. I went back to bestbuy swapped it for a new one and the new one works perfectly. I do not now if it was a software issue or just faulty hardware im just posting this so the Netgear team is aware of the issue that is going on with some of the r8500 models.

Well, you can add me to the list. Just like the OP after I updated to the new FW, I noticed some youtube stuttering. I had the internet traffic meter enabled, because I thought it was a cool feature, but there is definately a bug in the latest FW.

Also the Netgear genie app for iOS is not allowing me to login, at all...is there a fix coming for the app???

1)  speedtest on Firefox, I would get the ping and download speed, but the upload would never start.

2) speedtest on the Router's GUI. upload speed and download speed varied greatly, it frankly was poor.

1) Firefox, speedtest upload and download speed was back to normal

2) Router's GUI was definately better, Download was off by 50mbps and the upload was the same as Firefox.

Can you please PM me the serial number of your routers.

Also, send me a copy of your debug logs, will send you instructions on how to get it.

I had this same issue where my upload speed ground to a halt.  I just got this router yesterday and everything was working fine until tonight.  I first thought this was an ISP issue so I bypassed the router and connected directly to the modem and upload speeds returned to normal.  Hooked back up through the router and the same issue, upload speed goes from 6Mbps to .1 Mbps.  So I rebooted the router but still had the same issue.  Then I remembered I added a USB 3.0 thumbdrive to the router earlier to create a simple network share, when I remove the thumbdrive upload speeds return to normal.  I can duplicate this by plugging the thumbdrive back in.  So, am I doing something incorrectly?  Is there something I need to do to initialize or setup the thumbdrive?  I'm going to look into this some more but thouight I'd post this so it might help.

So, it appears that having Network Neighborhood/MacShare selected with the thumbdrive plugged in is causing the problem.  When I uncheck that option my upload speeds return to normal.

i found out the solution for the  issue for slow download and upload speed.

in the advanced setup under QOs setup, please use the second  option "I want to define my internet bandwidth" and type download / upload speed for your internet plan.

my download and upload is back to normal 300 / 30 mbps. i have reported this issue to Netgear team to open as a bug.

please try this before returning the product. this is awesome router.

Configured the router for the first time yesterday and I am having the same slow upload issue as the OP. The router is using v1.0.0.50_1.0.25. WiFi download speeds are max'd out but upload speeds are barely reaching 0.1mpbs and only after long pauses/delays. This is also happening for workstation-workstation wifi file transfers. All wired devices are connected to the R8500. Transfers across the wired connections as well as internet speed tests directly from the router are fine.

Should I revert the BIOS? I tried enabling/disabling the Traffic Meter to no avail.

I enabled QoS and manually modified the download and upload speeds. No change.

Occasionally, after rebooting the router, an internet upstream test is successful and I may be able to run it a couple more times before the upstream test fails.

Swapped out network cables. No change.

Something seems very wrong with this router.

I saw your post earlier and was encouraged by your success so I tried it out. I have no USB devices plugged in and I unchecked the Network Neighborhood/MacShare on the ReadySHARE tab. Unfortunately no change.

- QoS either enabled or disabled.

- Traffic Meter either enabled or disabled.

A friend of mine just purchased this router as well. I'm hoping he doesn't encounter the same problems because this is embarrassing. We picked this over the new ASUS AC5300. 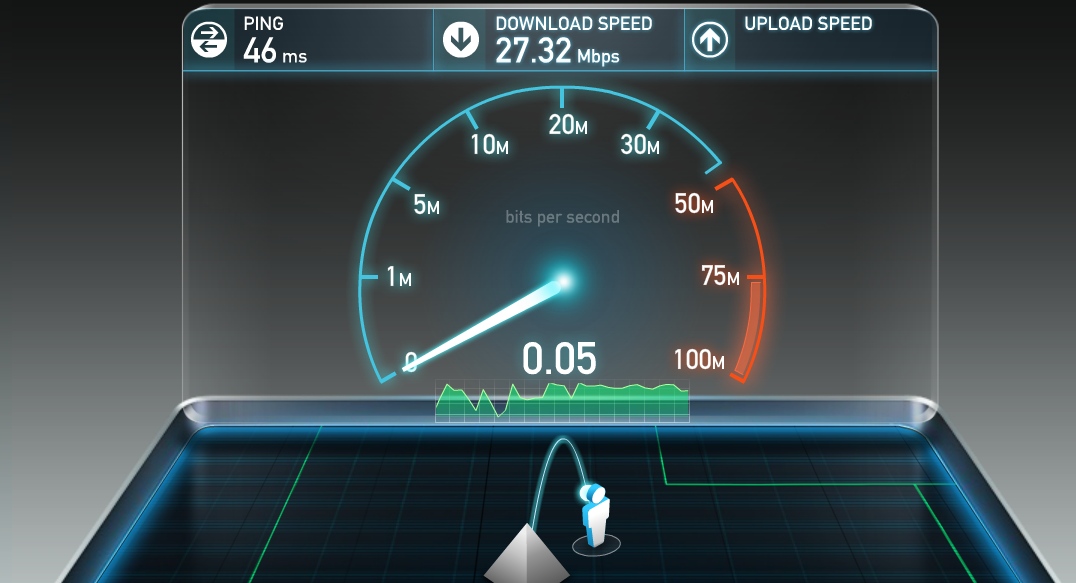 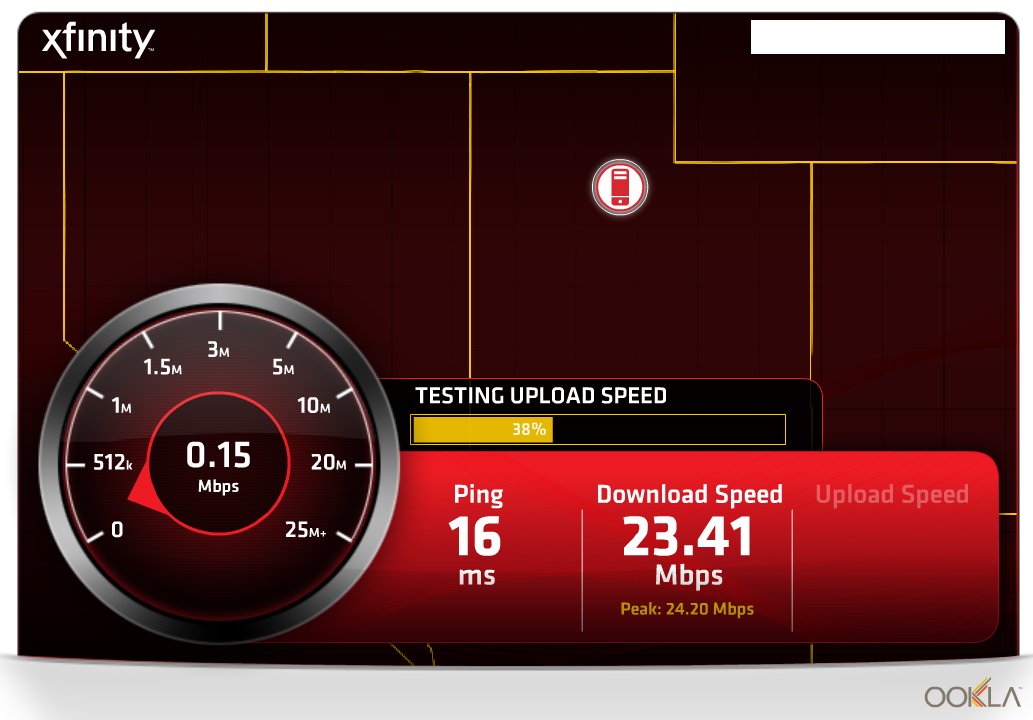 I spent about 2 hours on the phone with support and they saw the problems and took my config and debug logs.  They also had me revert to the previous firmware which seems to have rersolved the issue for me.  I'll wait until the next firmware release to see if they've fixed this.

Glad the previous firmware (v1.0.0.42?) is working for you. I will also await the next firmware update. If something this basic isn't fixed by then, I will have no choice but to return the router (which I don't want to do).

So you have QoS and Traffic meter enabled and no degradation of broadband speed on either wired or wireless???

Also, can you check to see if your able to do a speedtest on a wired desktop, using Firefox browser???